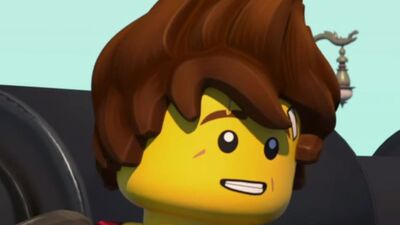 Kai is the current Elemental Master and Ninja of Fire, Nya's elder brother, and Ray and Maya's son and eldest child. He and his younger sister worked as blacksmiths in their father's blacksmith shop all their life until they met Master Wu. With his guidance, Kai learned Spinjitzu and discovered... 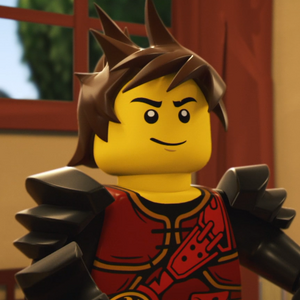 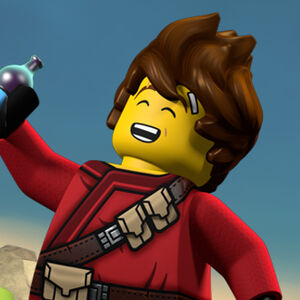 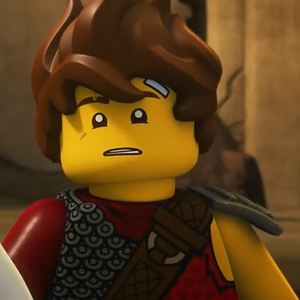 Lloyd:having to many seasons/being the focus (he is the green ninja tho tbh)

Akita: kissing Lloyd on the cheek

Kai: his hot temper/ being "dumbed down"

Kalmarr: he literally murdered his father and is simply unlikable

Wu: not being the same as he was in earlier seasons

Vania: being a sort of love interest for Cole

There are others but imma just end it there

I'm back from the dead ouo

@Wildflare Viking asked, "Has anyone ever told you your hair looks like you stuck it in a blender?"

Nope. But there's been, "Did you have a seizure with your hair gel?" a few times actually-

@RoninTheBountyHunter asked, "For Kai: has the bounty ever had a prank war?"

Ooh man, you have no idea.

It happens all the time, the thing is, they usually have to be subtle enough so that Sensei doesn't notice. He left us alone once during one of them and it was the most chaotic mess I've ever seen in my life. But hey, at least it was fun right?

@JayIsWayBetterThanKai asked, "What happens when Lloyd eats too much candy?" and @Tigertabby14 "What happened the first time you gave Lloyd coffee?"

He gets super hyper, to the point where we've had to replace a few lightbulbs when he gets his hands on sugary things. After the first 30 minutes of him bouncing around and....vibrating almost, he settles down and a little but gets really fidgety and talkative. It's the same for Jay too I think-

@Ember Akasie asked, "Have you ever wanted to throw eggs at a fan? (Really weird, I know, but I must know)"

Eggs? I mean sure, there are some stupid fans out there that definitely deserve some egging..

@Akystaracer asked, "What's a moment that you vividly remember just short circuiting all rational thought? And I'm not talking about romance. What's one moment that just shocked and confused you so much you brain short circuits?"

Discovering Zane was a robot. I mean the guy was weird, but I was as confused as everyone.

@AwesomeDudeX9 asked, "Calvin and Hobbes is a comic book series.

Tacos are fine, they better be spicy though.

The techno blades weren't even sharp! Why were they called blades?

@TheBlueTigerLily asked, "What is your fav music Genre? Assuming you aren't completely oblivious. But you do seem to have a good Chirp Following, so I guess you must be somewhat up-to-date."

Nya really likes Jazz and listens to it a lot, and I don't really mind...

Honestly, I'm not that big on music, but Cole's been recommending a few soft rock songs that I haven't gotten to yet, guess I'll have to try them eventually.

@KylieSnowleopard asked, "Hey Kai, are you funny, cuz it seems that your hair looks like Sonic the hedgehog, know what I'm sayin'😏😏😏😏"

I'm the funniest person I know, know what I'm sayin'~

@Ninjaacatss6 alt acc of ninjaacatss7 asked, "What hair gel do you use? i want some of that!"

Which of These Customs Are Your Favourite and Why?

If I Were to Rank Them It Would Be:

(DISCLAIMER: I Don’t Own These Images.) 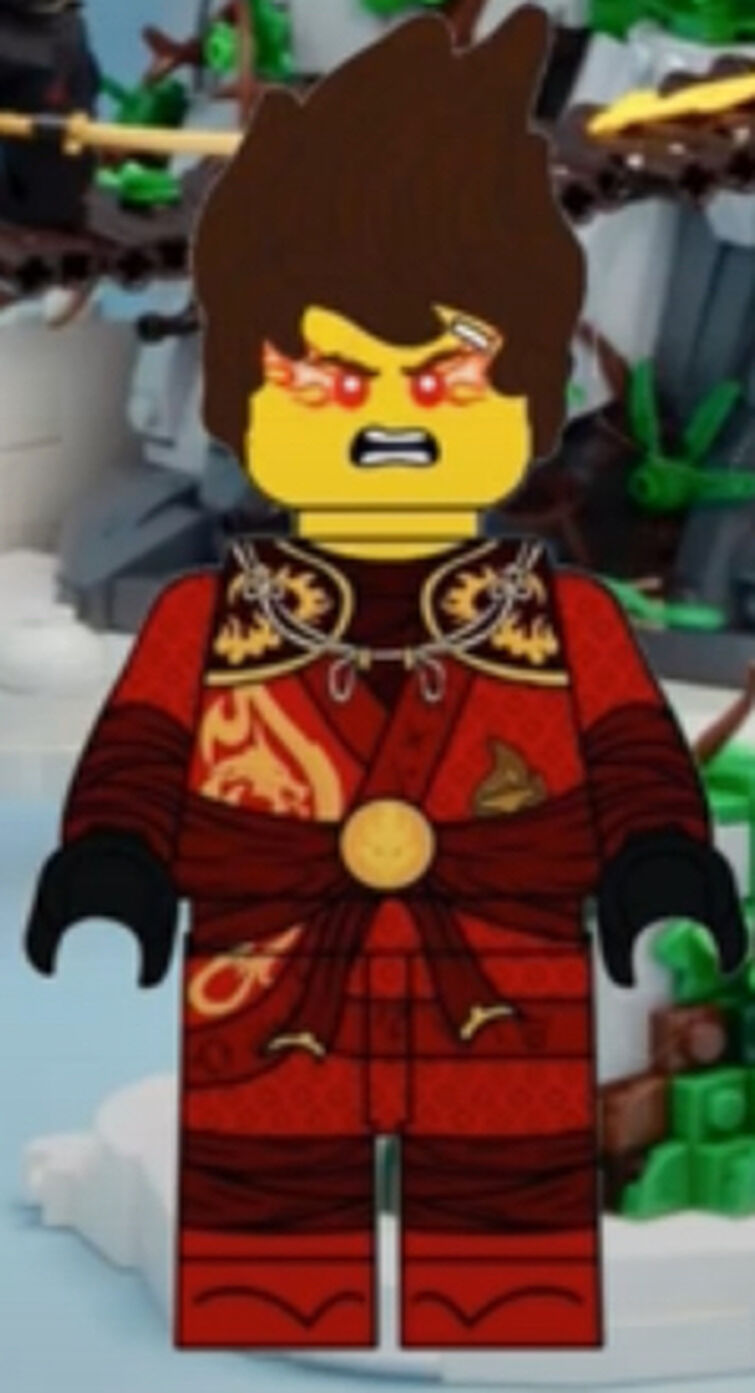 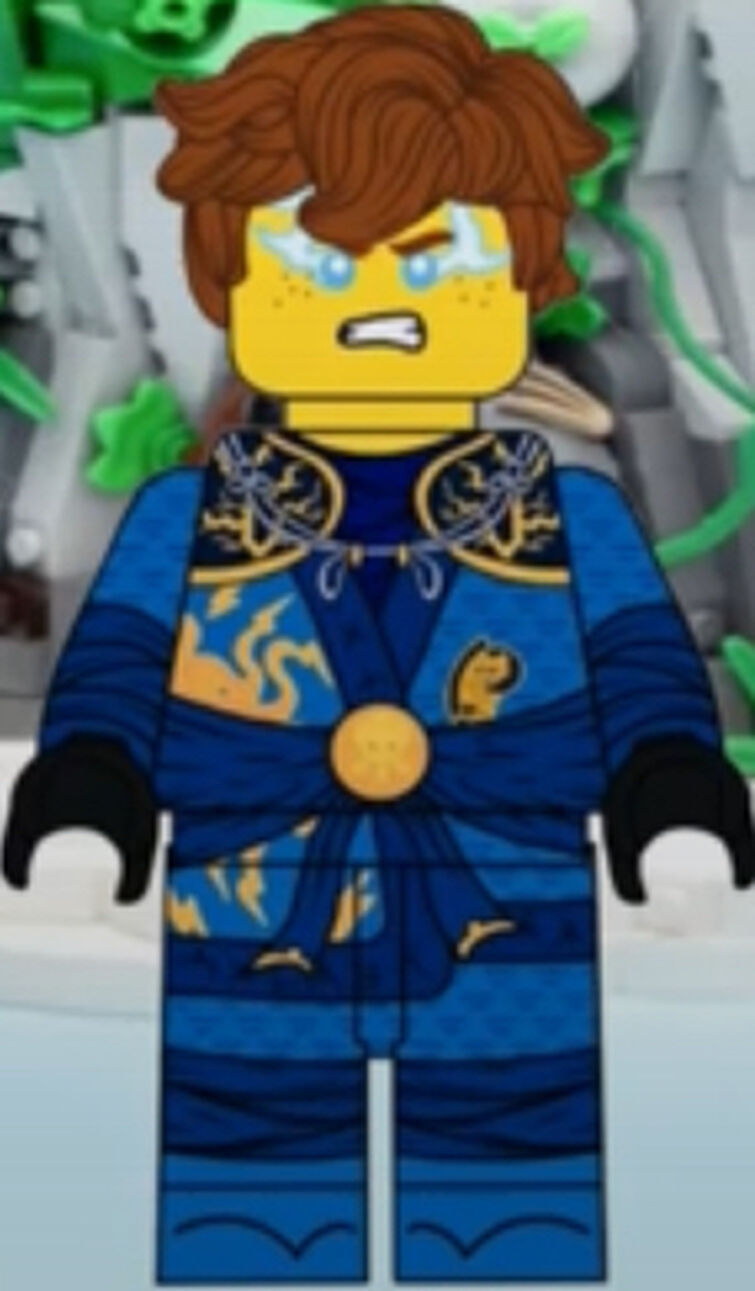 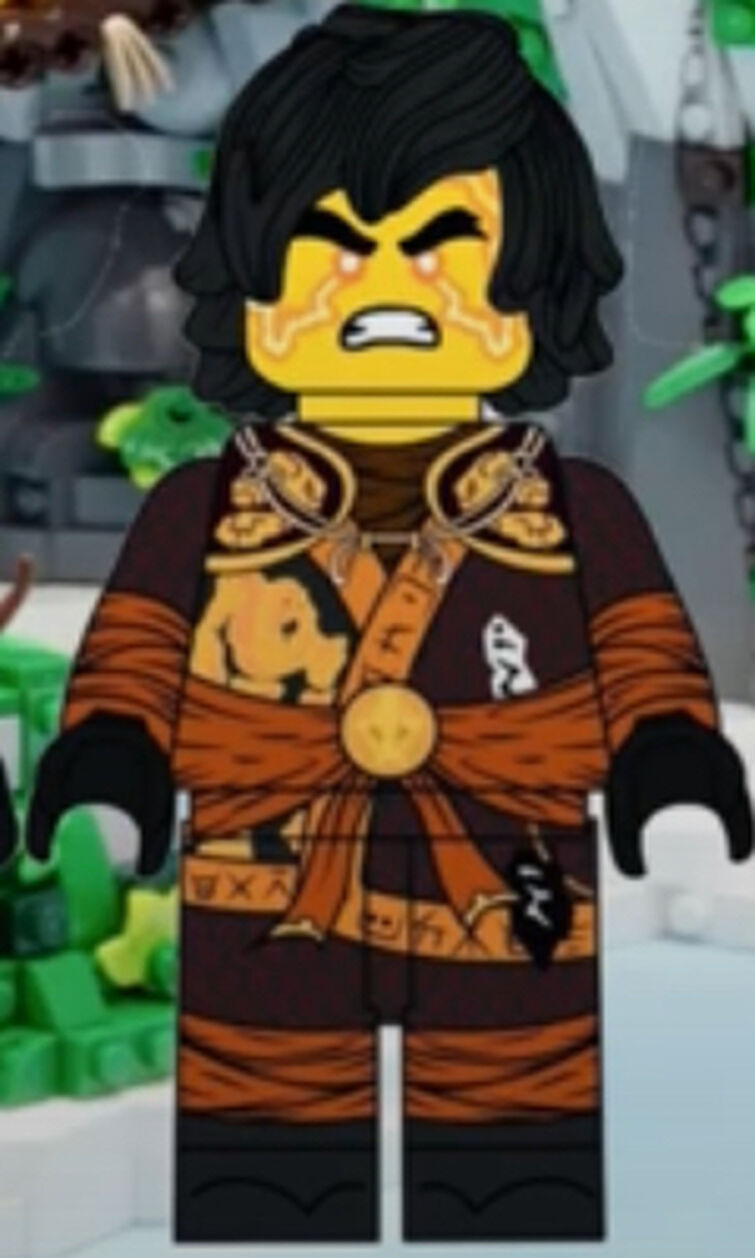 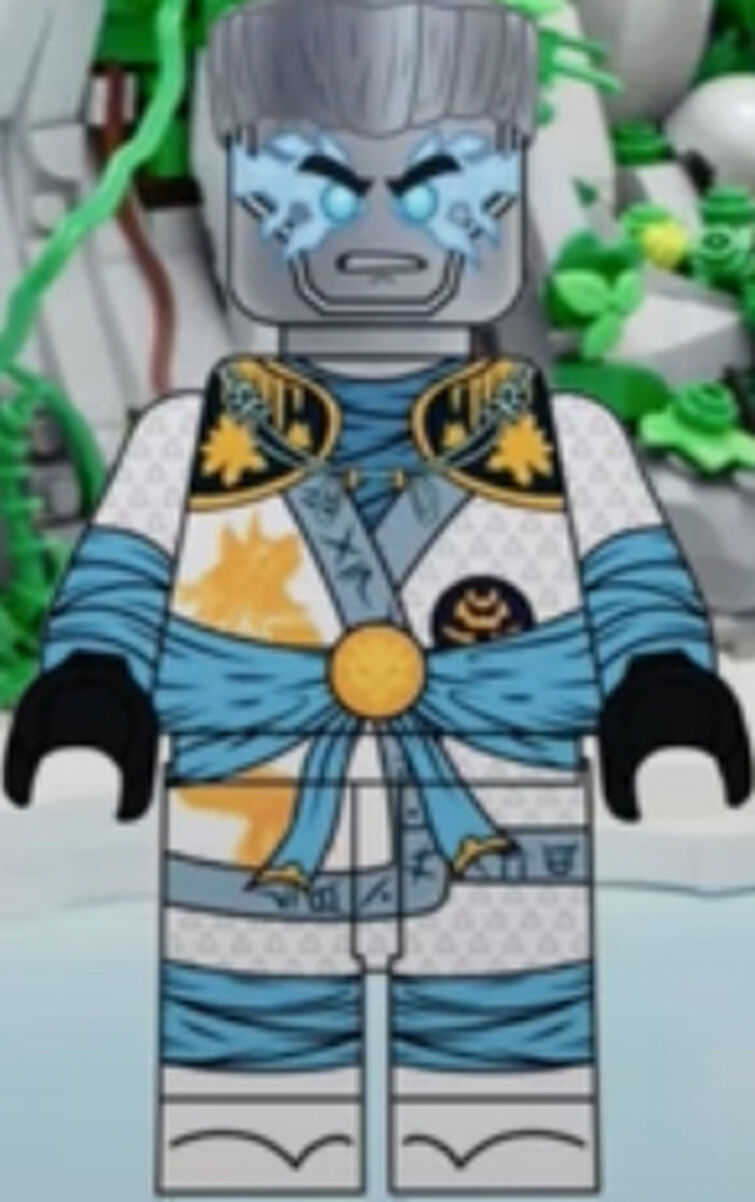 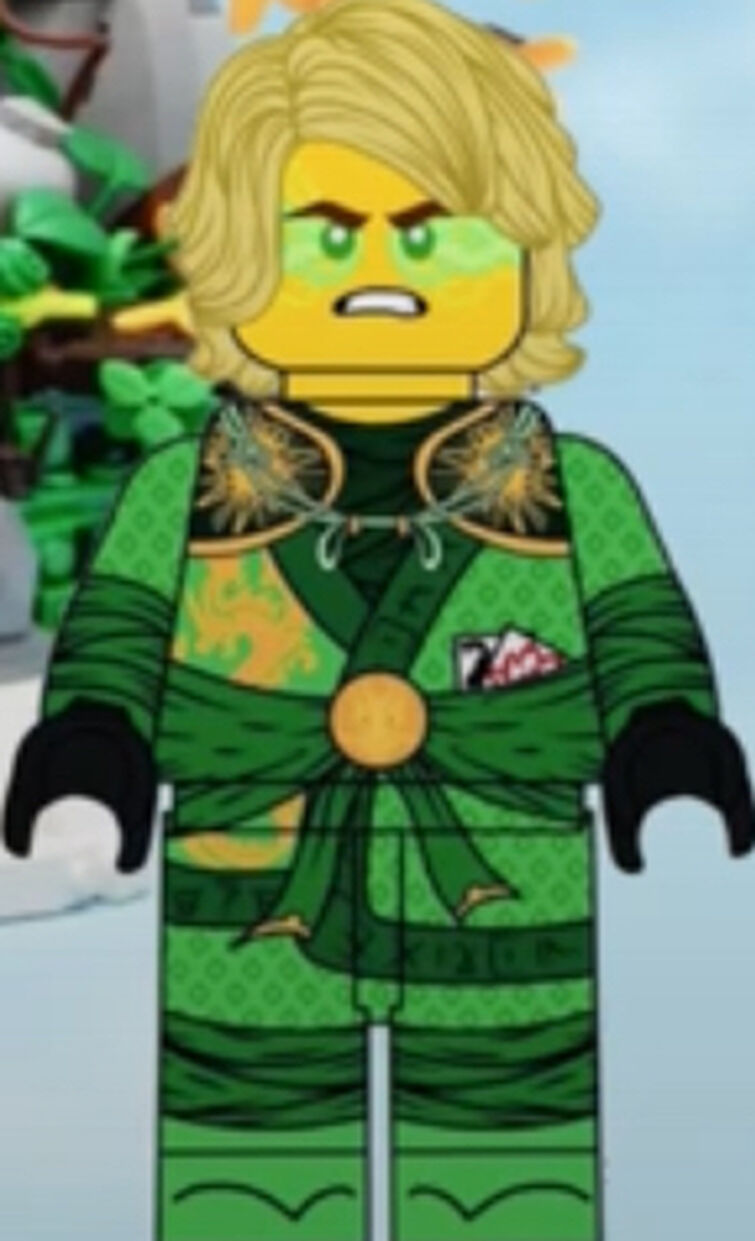 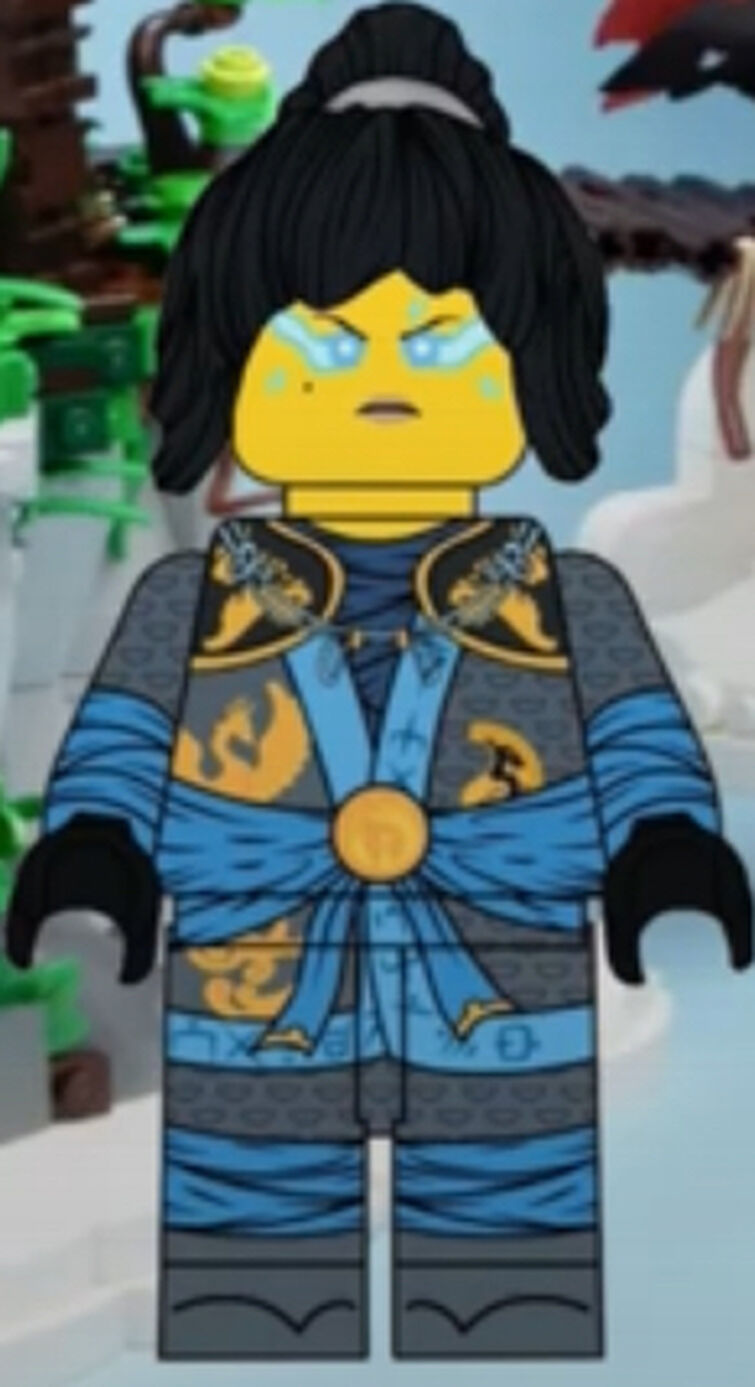 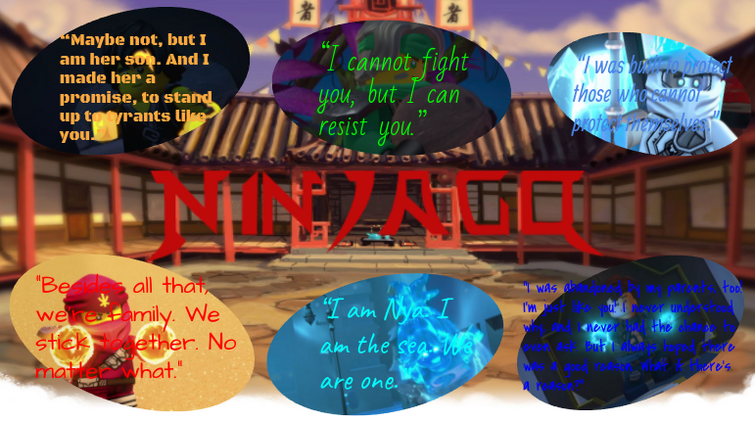 I like all of their quotes, they're my favorites from each character.

Garmadon x lloyd: This is sadly real and theres a fanfiction on it, *vomits*

Bruise: Well hmm its a nice concept and it could be healthy tbh. Jay is definitly bi thats all i can say lol. Anyways overall not much to say: 9/10 (i think its cute and it would be healthy)

Greenflame: Ahh yes a canon shippers worst nightmare, jk. I respect anyone who ships it but personally speaking no. They have a more brotherly relationship, also kai is an adult and lloyd is still a teen so like... just a plain old 1/10

Lloya: Again they have a more sibling relationship just like greenflame. I really dont know much about this ship i dont care about it at all tbh so 2/10

Nya x Harumi: So this ship would over all be a disaster XD, nya and harumi just have complete mutual hate for eachother so pretty toxic along with a sprinkle of violence. I umm gotta say whoever ships this pls umm give me a reason why its good? Umm lets see 1/10

I gtg do some other stuff so umm tell me what ships i should rate next! (Also pls dont upvote...a comment is fine lol 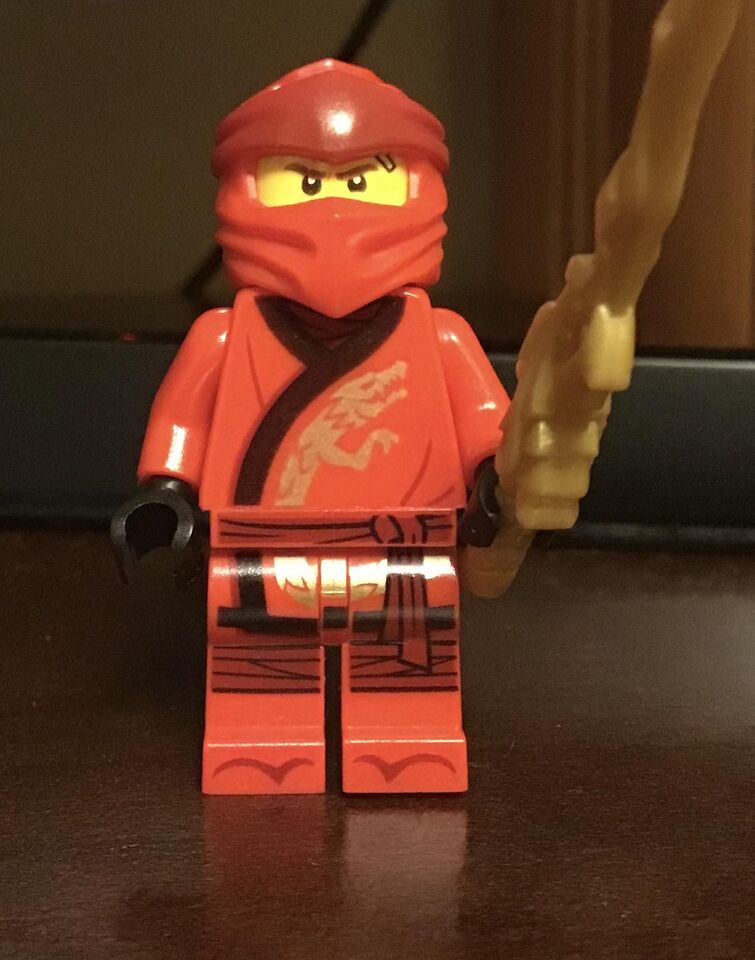 Timmy: What is it

Timmy: I think we should be more accurate on these legacy suits Zane got the Accurate one. and we are just using the tournament for rebooted and the season one suits for season two. what happened to the ZX

John: Ok Joe you get a promotion.

KEEP THINGS CIVIL THIS IS MY OPINION! also i am ranking this in a sense where i talk about how healthy it is, canon ships edition. I will do non canon ones later.

Jaya: Its cute mostly healthy. My only problem is that nya never actually says i love you to jay back and overall just leads him on with no affection so overall 8/10

Kailor: Needs way more attention and devolpment at this point i barely think kai is "loyal" since he simps for other girls. Overall 8/10 just because lack of devolpment

Pixane: wholesome just wholesome. They both clearly love eachother and dont just say it they show it. There both happy overall 10/10

LLourumi: I-i umm all i can say is toxic level 100. They both wouldnt be happy in this relationship. Harumi hates lloyd and just because near her death she looked at him with a bit of a sorry face it doesnt excuse the trauma lloyd went through, however i love them both as characters just not together. Overall 2/10 for healthiness tho when harumi was good they worked well together.

Lloykita (idk if this is canon): Akita and lloyd dont really have romantic interest in eachother i mean come on they were together for about 2 days. While if akita came back i could see this working and being cute canonly speaking for right now imma say no. You might argue that she kissed lloyd on the cheek, Well: AND? That doesnt mean she loves him, some ppl greet eachother or say goodbye with a kiss on the cheek it doesnt count as an imediate romantic factor it depends on context she was probably saying "hey dude thanks for everything i will miss you". However i cannot deny it would be cute i love akitas character (maybe i am being bias because shes a furry XD) and can see her slowly falling in love with lloyd after a while. Over all cute but not enough romantic intentions seen so 4/10.

Well tell me ur opinions keeping things civil, and i bid you farewell also tell me wich non canon ships you wanna see next (: 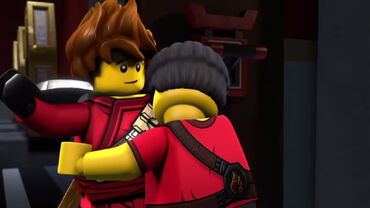 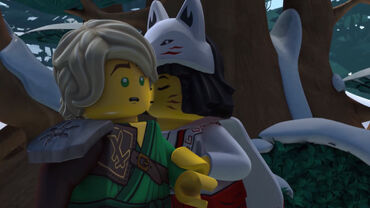 And the best set from the Pilots wave is.... 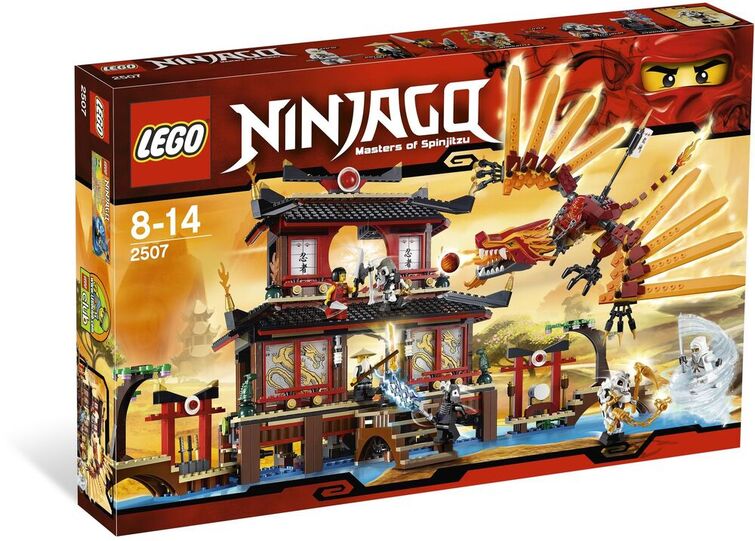 My next Tournament will start tom. or Monday. So, I'm also putting a hold on Set Tournaments so I can do gif tournaments, but, it'll be different since we have like... i think 60 different ones, you'll see what they are like 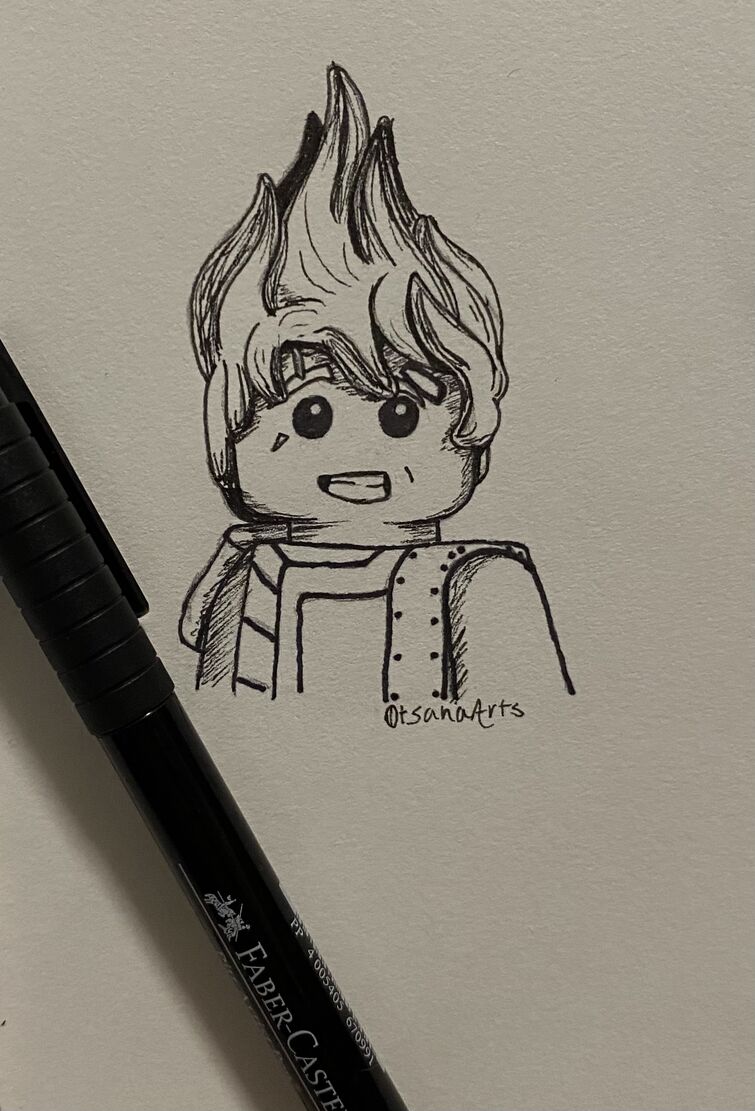 Annnnnnd of course it’s Kai!! The first challenge was to draw your favorite ninja! So guess who?? XD

This is from that doodle dump of Lloyd I made a month ago, I just added a background and refined it a little bit. :) 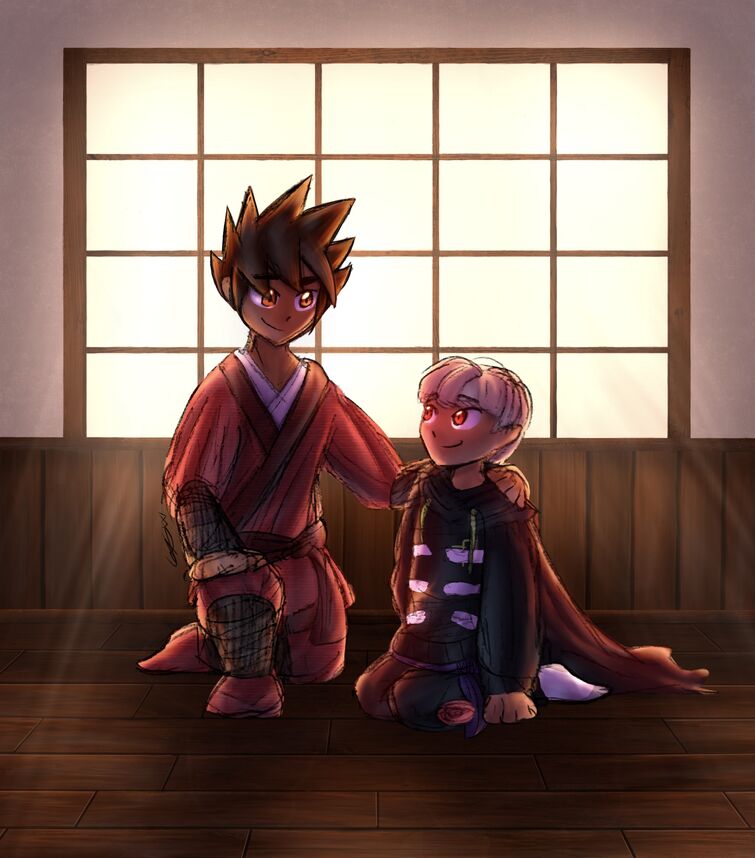 The lineart is still sloppy… it was from a doodle… but I’m too tired to refine the hands to more than blobs… my fingers hurt :’)

This is his new weapon, he’ll blind all of his enemies with his rainbow disco rave of a hair colour

I was bored last night-

Season 1 Episode 1 The War of Daghishat

Lloyd: It’s been a long time since we had all 6 I mean 7 Elemental Masters in this Dojo

Lloyd: You are quite an intelligent one

Deja: Thanks hey how did you find each one of us

Lloyd: Well it began with Finding each one of you to Make The 2nd Generation of Ninja and Skylor and Kai had to Daughters Bella and Cleo, Bella master of Fire, and Cleo Master of Amber

Deja: Where did you find them?

Lloyd: A Blacksmith since Skylor absorbed Nyas power to make some weapons to Carry off your great Uncle Legacy, Kai

Deja: How about Me and My brother Leo how did you know where we were

Lloyd: Nya and Jay owned a temple of the North-Western Coast of Ninjago

Deja: How about Kyle the master of Earth

Lloyd: I and Cole were close friends and never grew apart and trained together with his son and how he learned how to do Lava arms he is not that good

Deja: And we found Arctoro how

Lloyd: Zane and Pixal made a nindroid with the powers of Zane and they basically adopted him after that.

Lloyd: And Noah is my son

Deja: How did Noah get his weapons without the help of the Golden Weapons

Lloyd: It was destiney

Lloyd: Where are the others

Deja; Tranig in the new dojo right outside

Kyle: I want to play video games my legs are tired

Leo: I just need to rest we’ve been training for 4 hours

Lloyd: Ok then you have been training for long enough you can stop or go back later

Bella: I’m going inside there is a heatwave

(They all go inside)

Noah: I can’t believe it

Noah: 4 of you guys are related and only me Kyle and Arctoro are not related

Bella: What is it?

Arctoro: Someone is attacking Ninjago city

Noah: Who is that?

Lloyd: I have no Idea

Cleo: We should probably go

Deja: Who are they

(They go on to Destsineys Bounty)

Deja: Um why did you get the Element of water and I got thunder

Leo: I spent more time with Mom and you were closer to Dad

Leo: The same thing probably with Cleo and Bella.

Deja: We are kind of like the Children of Wojira with Storm and Water

Cleo: What do you Want

Daghishat: Ninjago has been in the light for too long and not enough Darkness

(They disembarked the Bounty)

Noah: On 3 were gonna give you everything we got

Daghishat: Ow hey what the

Daghishat: Fine But Ill be back with more sidekicks and a bigger army.

My sanity is below zero. 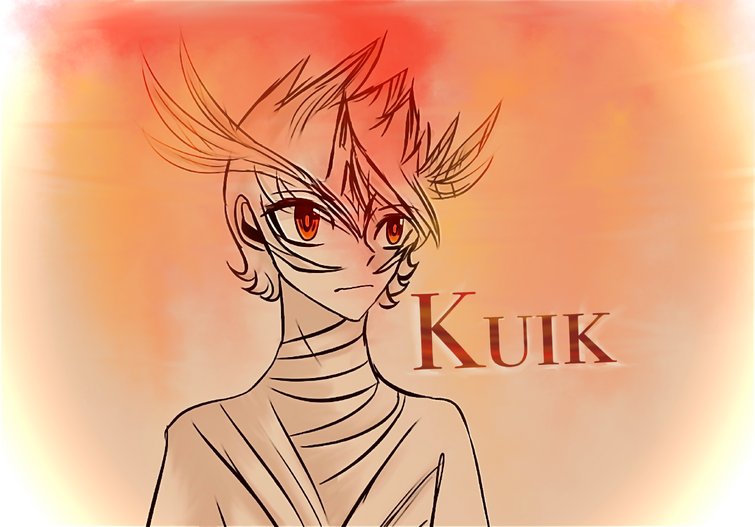 I’ve been sleeping all this time,

And I have no clue where to start my life.

My life is nothing but just a dream

Should I lay back down to die?

It’s warm as a fire

Death isn’t something you can conspire.

It isn’t that IM dead,

But I’m just laying in my bed.

I know I’m going to faint,

So let me spin before it rains. 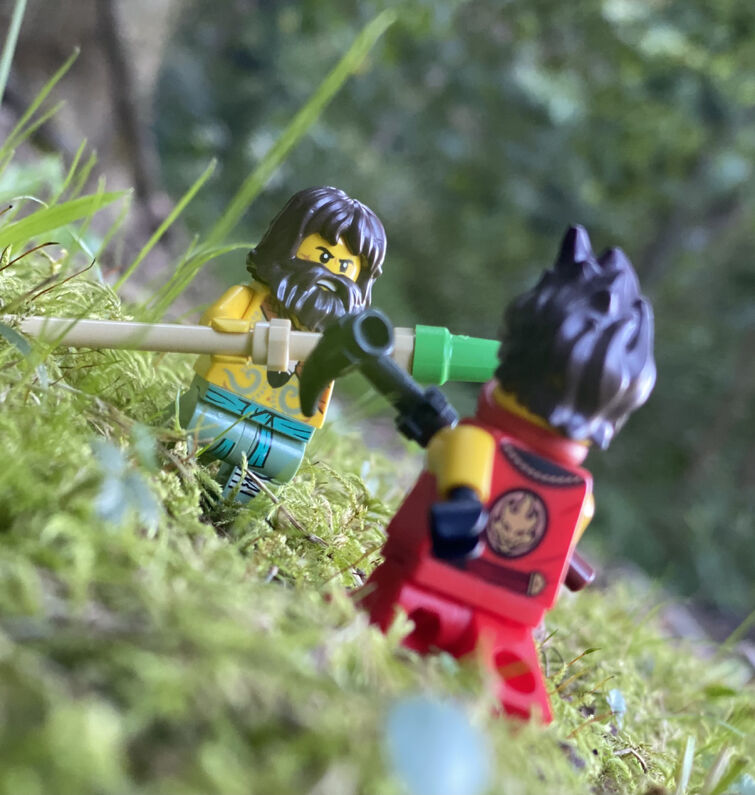 So. Here is some photography of mine, Tournament of Elements being my favorite season and all I thought it would be a fitting post ☺️ I do by the way have another art piece coming along! 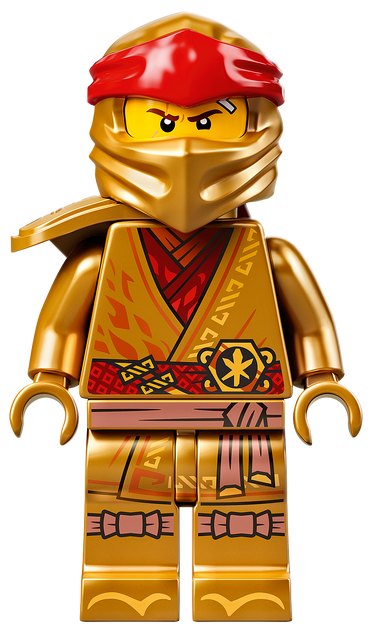 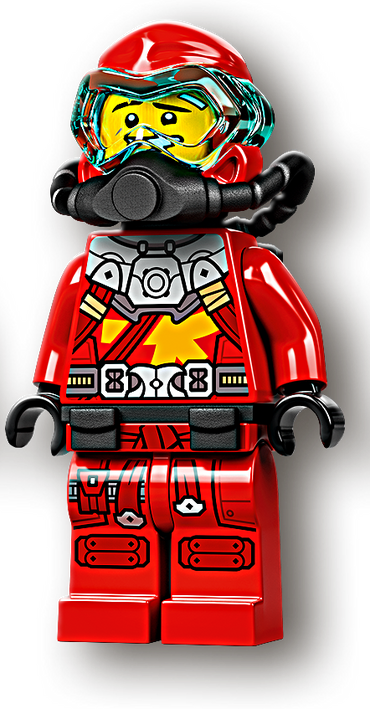 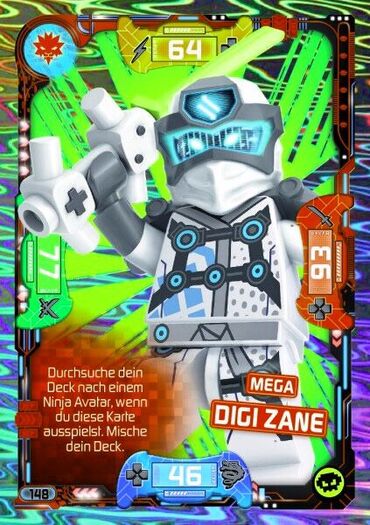 THIS WILL LEAD TO FROZEN DOOM DO NOT CLICK!!! ❄