Samurai X is the alias of two characters: Nya, the first Samurai X. P.I.X.A.L., the second and current Samurai X.

This one goes out to @Executive Cucumber

Nya: Whoever you are, you have proven that you are worthy to become the new Samurai X.

Nya: But stop using my voice. It's creeping me out. Okay?

Nya: I guess all of this is yours now.

Nya: Oh, the Vermillion warriors didn't wreck everything. (She shows them the Samurai VXL.)

Nya: (Her phone beeps.) Hmm. Guess the phones are back up. Gotta go. It's my brother. Needs to meet right away. One more thing. Red's my thing. You gotta find a new color, Skylor.

Skylor: (Takes off helmet.) Hmm. A girl's gotta have her secrets, right?

Kai: It's just so shocking to find out that your father, someone you idolized your entire life, turns out to be...There's no other word for it. Evil. It makes you question everything you know. Everything you are. Which is why I came to you. Because you went through the same thing, and I—(The doors open.) Nya! Over here!

Nya: I did it. I figured out the identity of Samurai X. It's Skylor! (She notices Skylor sitting opposite of Kai)

Skylor: Hmm. I can see why news travels quickly in this city.

Nya: But... how did you get here so quickly?

Skylor: That new ride you gave me goes pretty fast. Reminds me of when I borrowed Turner's powers.

Kai: Yeah, Even I couldn't have guessed it'd be her. But Nya, I have news for you. And it's not good. You better sit down.

Skylor: I'm gonna get some noodles. (She leaves.)

(Kai tells Nya what he had learned at the blacksmith's shop)

Nya: Our father is still alive.

Kai: And working for the Hands of Time. But here's the worst part. What does that mean for us? Are we destined to turn evil?

Skylor: (She comes back.) Of course not. Our parents leave behind their legacies, not our destinies. We choose who we become. Noodles? Nice and hot. They always cheer me up.

Kai: No thanks. I lost my appetite.

Skylor: Kai, you can't let this news get you down. We find our own paths. Like me. I could've gone in my father's footsteps and taken over the world but I didn't. (Sighs) But I also didn't want to spend my life just making noodles either. That's why I stole the Samurai X suit. I wanted to tell you Nya, but I knew that you still held it dear to your heart.

Nya: It's ok Skylor. As you said, we choose who we become. You can keep the suit.

Nya: (Notices her phone is ringing.) It's Lloyd. Lloyd? Sorry, we couldn't, um—Uh...get the scanners working, but—You found it? Where? We'll be there right away.

Nya: They found Acronix and Krux's base.

Skylor: Guys, if you need any he—

Kai: You can come along. We could use the extra help.

Nya: And be sure to bring the VXL.

Skylor: (Chuckles.) I've been looking forward to this. (Puts on the Samurai X helmet.)

Heroes are made from the same stuff as villains. That is also a never-ending concept.

A young Harumi runs out of the building from the fire, and trips on a rock, causing her to fall. A couple of thugs than came behind her and prepared to punch her.

Thug #1: What's a little one like you doing in our turf?

Just then, both of the thugs got stabbed by two said, from a young woman in gray face paint on her.

Ultra Violet: It's a codename. Sorry you had to see that. I've always hated people with rotten souls. You seemed like a lost soul. Want to come and leave hell.

This moment is when Harumi joins a group of people, who had it with injustice, violence, and the selfishness. With the brains of Killow and the sketches of Ultra Violet, Samurai X was created.

Harumi tried it on while everyone was asleep, with Pixal, as her guide.

Pixal: I suggest you go with the tutorial to test out the new Samurai X suit.

Harumi: Yeah...since I'm a kid who doesn't know what the hell she's doing, let's just do it.

Pixal: It would be unwise to go without reading the instructions.

Harumi: Hey, Pixal, wasn't it? As someone once said, "Sometimes you gotta run, before you can walk."

And Harumi tried out the Samurai X suit, and it was like she was in an Iron Man suit. After Ultra Violet and Killow finds out, they aren't mad. They were just happy that Harumi was safe. As a cult to resurrect Garmadon was emerging, so did Samurai X to collect the Oni masks. They only had the Mask of Vengeance. When Lloyd Garmadon, the legendary Green Ninja, took it, that's when Samurai X steps in.

Harumi takes her helmet off, and it turns into a faceplate, after she tackled Lloyd at Primeval's Eye.

Harumi: Then don't take my stuff.

Lloyd: You have no idea who you're dealing with.

Lloyd: Just let me take the Oni mask, and I'll let you go.

Harumi: If we at least get 1, we're safe. But until then (puts on her faceplate, and becomes the helmet of Samurai X), stay out of the way. Caillou.

Then, Lloyd and Harumi have their big fight. However, they came over their differences, and teamed-up, after Garmadon took over. Even started to develop feelings for each other.

(Ik I said I was prob gonna do Lloyd's son next, but I just felt like making Skylor's kid instead)

Personality: Looks like she could kill you and actually CAN kill you, only uses her powers during emergencies, doesn't wanna be a ninja but a samurai instead, painted the Samurai X suit orange, ambitious, knows about 50 ways to kill you with a knife, best friends with Yuri (master of ice) and they work on mechs toghether, also friends with her cousin Anya

Appearance: (I actually kinda likeher! She and Yuri are prob my favourites so far) 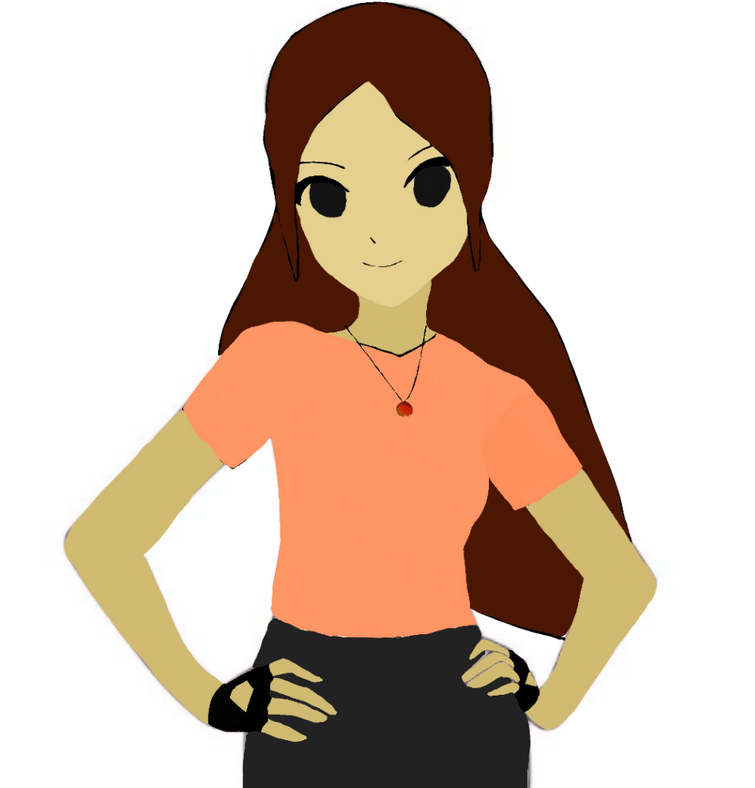 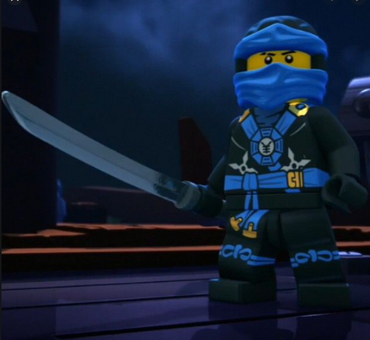 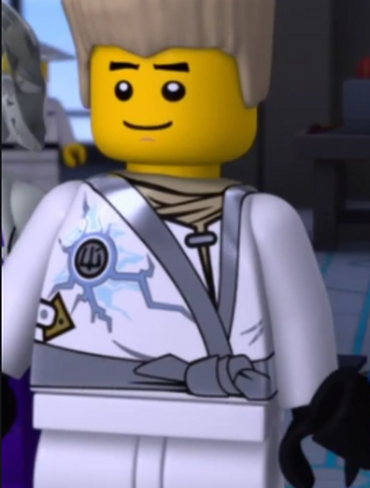 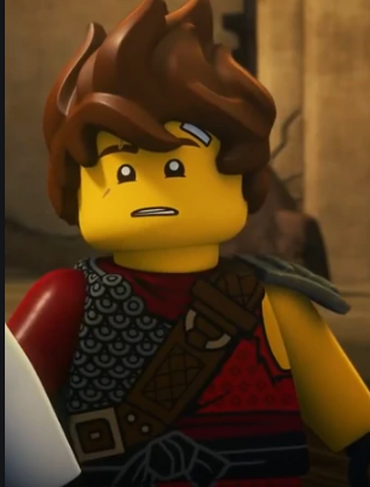 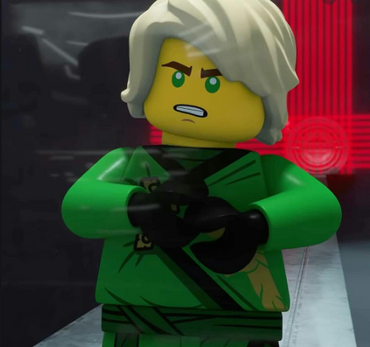 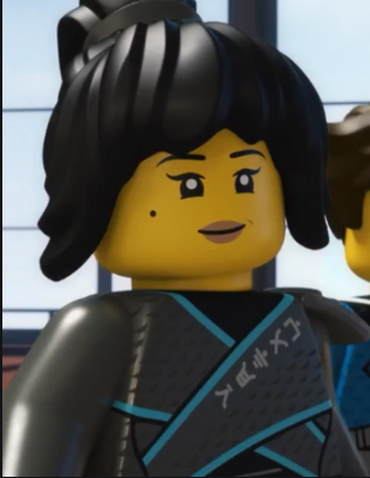 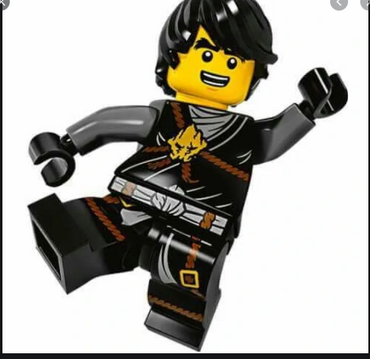 (sorry if any of these sound copyed/unoriginal, I look at A LOT of headcannons)

-Nya's actually a good singer, but doesn't sing very often cuz she thinks it's girly, only Kai and Jay heard her sing

-Sometimes, she still feels the venom in her chest (from skybound) and it hurts like Hell

-used to get bullied when she was a kid, but Kai would yEeT the soul out of the body of anyone who made fun of her (like a good brother :b)

-Lloyd already knew Nya was samurai x, she bribbed him with candy so he wouldn't snitch

-TOTAL POTTER HEAD! Spends HOURS trying to figure out which house her friend's would be in

-Night person, but not NEARLY as big of a night person as her brother

-Took dance lessons when she was a 7, legend says Kai still makes fun of her for it

Remember in Season 5 when Wu said Samurai X Couldn't do Spinjitzu or summon a Dragon. What makes him think that, the heavy armor!? Plus I know LEGO DIMENSIONS isn't cannon, but Nya was shown in that w/ Spinjitzu as Samurai X.

So in my fan-fic ~ NinjaGo: Years Later, Nya will mix together Samurai X and Water Ninja to become: THE WATER SAMURAI! And she WILL be able to do Spinjitzu and Dragon stuff as that. Don't worry, PIXAL can stay Samurai X, but Nya will bring back the Samurai style for herself too.

and else thinks Tommy and the writers should do that, Water Samurai?

I think there might be anther, anther Samurai X

(edited by 235210b)
Samurai X
I think he is General Kozu.
(edited by ClanceeTheSnake)
YangKozuSamurai XNindroid Sentries
This post is locked.

P.I.X.A.L.! X knows the Nindriod first line of code, changes voices, knows martial arts, is apparently good with technology, and.....DISAPPEARED DURING THE CHANGE IN THE TIMELINE OF NINJAGO!!!! It all FITS!