2022
The following shows significant events that happened in 2021 for Ninjago.

This year marks the ten year anniversary of the series.

January 14, 2021 marked 10 years since the release of the pilot episodes. On this occasion, a number of promotional materials were released to celebrate the anniversary. Ninjago: Legacy sets included golden minifigures of the ninja and Wu with special pedestals. 71741 Ninjago City Gardens was released. A four-part series featuring the soundtrack of the show, called NINJAGO: A Musical Journey, began to be released on the LEGO YouTube channel.[4] An official interview was made with Tommy Andreasen,[5] a video interview with Tommy Andreasen and Tommy Kalmar,[6] and three other unofficial interviews were made via the LEGO Ambassador Network with Tommy Andreasen, Michael Knap, and Simon Lucas in one case.[7][8][9] The series of 5 shorts called Ninjago: Reimagined was released.

An overview of the main events for 10 years of LEGO Ninjago. 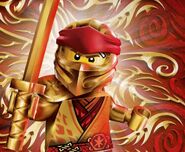 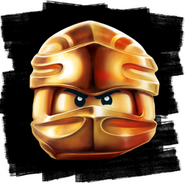 Kai with combination of Movie and Legacy mask

10 years of Ninjago on LEGO.com

Painting by Tommy Andreasen of the first shot of the series

Timeline from the LEGO Life magazine of LEGO Ninjago's run

Retrieved from "https://ninjago.fandom.com/wiki/2021?oldid=660060"
Community content is available under CC-BY-SA unless otherwise noted.