Spin your way to victory and become a spinjitzu master! Just as courageous as her brother Kai, Nya is able to call on her special psychic powers to battle the evil skeleton army. Use the 4 battle cards included in the set to influence the battle. 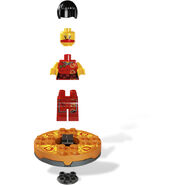 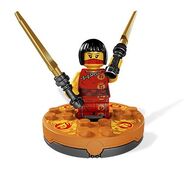 Nya on her spinner 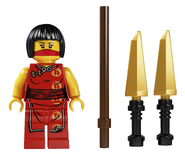 Nya and her weapons