Fight for the shurikens of ice at the Spinjitzu Dojo!

Sensei Wu is training his apprentice Zane at the Spinjitzu Dojo when suddenly they spot General Nuckal trying to steal the shurikens of ice! Can Zane prove to Sensei Wu that he has what it takes to be a master? Use Zane’s spinjitzu abilities to get past their evil adversaries! Set includes spinner, 3 minifigures, 4 weapons, character card and 4 battle cards. 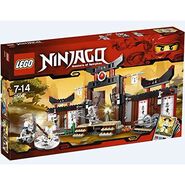 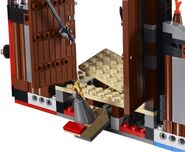 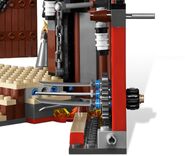 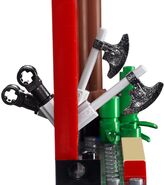