This article is about the LEGO set. For the fortress seen in the TV series, see here.

2505 Garmadon's Dark Fortress is a Ninjago: Masters of Spinjitzu - pilot episodes set released in 2011. It includes Samukai, Bonezai, Chopov, Lord Garmadon, Kai, Nya, the Nunchucks of Lightning, the Scythe of Quakes, the Shurikens of Ice, a Thunder Bolt, two Silver Bone Axes, a silver katana, and a black katana.

Battle for the weapons of Spinjitzu at Garmadon’s Dark Fortress!

Samukai has taken 3 of the golden weapons back to Garmadon’s underworld lair and it’s up to Kai and Nya to get them back. Before they battle their evil skeleton enemies, they need to get past the castle’s defenses including flick-fire missiles and a massive spider! Let this epic battle between good and evil commence! Set includes 6 Minifigures and 5 weapons. 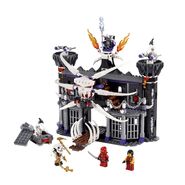 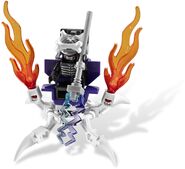 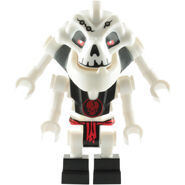 Errors in the LEGO catalog