It’s time to test your Spinjitzu abilities to the max! Place your character on the spinner and see how many skeletons you can send flying! With a choice of 9 different weapons, you’re sure to get a strike! Watch out for the flick missiles on the walls!

First time I was hooked on using the 3 armed propeller plate to get some interesting angles![2] 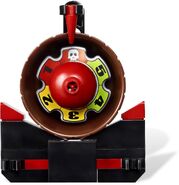