853866 Accessory Set 2019
40342 LEGO NINJAGO 2019 Minifigure Set is a LEGO Ninjago: Masters of Spinjitzu set that released in summer 2019. This set includes a Legacy Kai minifigure with the Summer 2019 mask and armor piece, Pyro Destroyer, a new Blizzard Archer minifigure, and Clutch Powers. This set also includes weapons for each character and a mini-build.

Get set for exciting adventures with this 40342 LEGO® NINJAGO® 2019 Minifigure Set for kids. Youngsters will love playing out battles against bad guys Pyro Destroyer and Blizzard Archer with ninja hero Kai in his Legacy outfit and a new-for-June-2019 minifigure of legendary explorer Clutch Powers. Each minifigure has a weapon and the set also includes a brick-built weapon rack with additional weapon accessories. A great gift for youngsters to use with their LEGO NINJAGO construction toys for creative role-play. 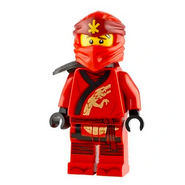 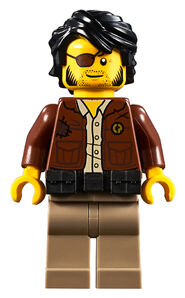 Add a photo to this gallery
Retrieved from "https://ninjago.fandom.com/wiki/40342_LEGO_NINJAGO_2019_Minifigure_Set?oldid=382130"
Community content is available under CC-BY-SA unless otherwise noted.