The following is about the set. For the actual location, see here.

70720 Hover Hunter
70505 Temple of Light is a Ninjago: Masters of Spinjitzu - Legacy of the Green Ninja set that was released in December 2012. It includes Lloyd in his Golden form, Sensei Wu, Lord Garmadon (in his Overlord-possessed form), a Stone Swordsman, a Stone Scout, the Golden Mech, the four Elemental Blades, a Dark Staff, a Crossbow, a Katana, five Staff of Dragons, two Golden sais, a Silver Short Sword, a Silver Sword, a Golden Mech Sword, and a Silver Spear.

Awaken the golden mech at The Temple of Light! 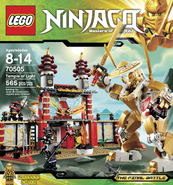 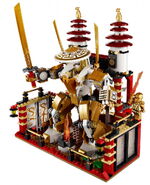 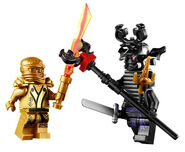 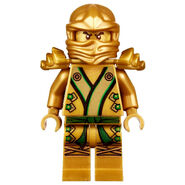 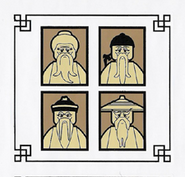