70592 Salvage M.E.C.
70591 Kryptarium Prison Breakout is a LEGO Ninjago: Masters of Spinjitzu - Skybound set that released in most countries on June 1, 2016, but on August 1st, 2016 in the United States and Canada as a part of the Day of the Departed set wave. It includes Prisoner Zane, Destiny Kai, the Giant Stone Warrior and Soto in prison attire, a Prison Guard, a build of the inside of Kryptarium, and a table.

Rush to rescue Zane from Kryptarium Prison with Kai!

Zane has been unfairly arrested and imprisoned along with real bad guys Captain Soto and the Giant Stone Warrior. Sneak past the prison guard and the security camera to enter Kryptarium Prison. Launch the bread roll with the table catapult to start a food fight—and look out for the hidden treasure map and shuriken! Overpower the 4-armed Giant Stone Warrior and then it's time make a quick escape. Turn the telephone to explode a cell door or shift the toilet to bust out through the other cell! 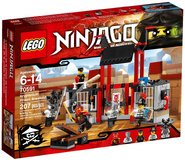 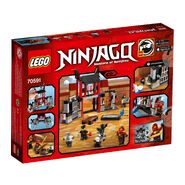 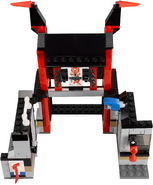 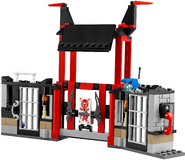 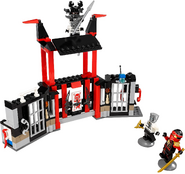