70593 The Green NRG Dragon
70592 Salvage M.E.C. is a LEGO Ninjago: Masters of Spinjitzu - Day of the Departed set that released in most countries on June 1, 2016, but on August 1st, 2016 in the United States and Canada. It includes M.E.C. Pilot Ronin, Destiny Nya, Krazi, Frakjaw, the Skulkin Departed Blade, Ronin's Salvage M.E.C., and the Skulkin mech.

Match the Salvage M.E.C. vs. the Skulkin mech in a bounty-hunting duel!

Place Ronin in the opening cockpit of his mech and get ready for battle. With powerful weapons and a special compartment for storing stolen items, it's the ultimate bounty hunting machine. Fire the golden bow's spring-loaded shooter and dodge the Skulkin mech's attacks with its silver dark blades. Unleash the net-stud shooter to trap the Skulkin warriors and then detach the skateboard or flyer to escape with the loot! 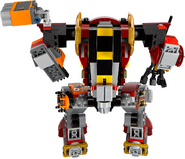 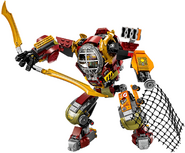 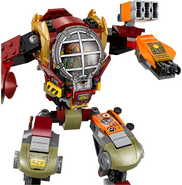 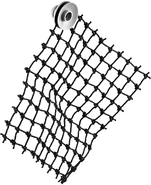 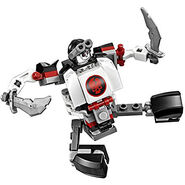 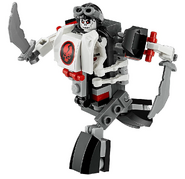