70600 Ninja Bike Chase
70599 Cole's Dragon is a LEGO Ninjago: Masters of Spinjitzu - Skybound set that released in most countries on January 1st, 2016, but on March 1st, 2016 in the United States and Canada. It comes with Destiny Cole, Bucko, the Djinn Blade with Zane in it, and a scaled-down version of Cole's Elemental Dragon. 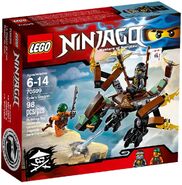 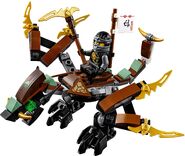 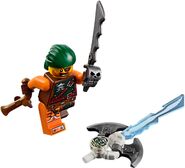 Bucko next to the Djinn Blade