70603 Raid Zeppelin
70602 Jay's Elemental Dragon is a LEGO Ninjago: Masters of Spinjitzu - Skybound set released in most countries on January 1, 2016, but on March 1st, 2016 in the United States and Canada. It includes Destiny Jay, Cyren, Monkey Wretch, the Djinn Blade with Nya in it, the Elemental Lightning Dragon, and a small Sky Pirate flyer.

Jump into the dragon’s saddle and grab the reins. Snap the jaws and adjust the head, wings, legs and tail for awesome battle poses. Dodge Cyren’s harpoon hook shooter and the pirate flyer’s six-shooting rapid shooter. Fire the spring-loaded shooters to take down the flyer and then release Nya from the Djinn Blade! 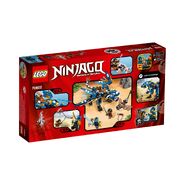 Jay's Dragon in a Skybound Poster 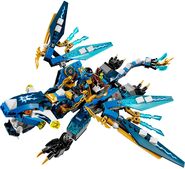 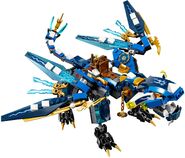 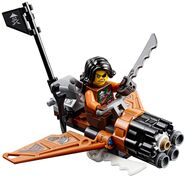 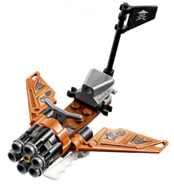 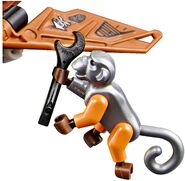 Monkey Wretch minifigure
Add a photo to this gallery

Retrieved from "https://ninjago.fandom.com/wiki/70602_Jay%27s_Elemental_Dragon?oldid=606783"
Community content is available under CC-BY-SA unless otherwise noted.