Ninjago Wiki
Register
Don't have an account?
Sign In
Advertisement
in: Sets, 2017 sets, The LEGO Ninjago Movie,
and 3 more
English

70609 Manta Ray Bomber
70608 Master Falls is a set based on the Bridge of Fallen Mentors from the 2017 film The LEGO Ninjago Movie. It includes Ninja Force Kai without a hood, Master Wu, Jungle Garmadon, and a bridge structure with a stone entrance, a cave, and a bamboo cage in and around.

Team up with Wu and Kai to take on Jungle Garmadon in this awesome THE LEGO® NINJAGO® MOVIE™ Master Falls set. The jungle bridge features an opening cage and a hidden cave with a skeleton inside holding a secret map. Also includes 3 minifigures with assorted weapons—including Wu’s staff and 4-armed Jungle Garmadon’s 4 swords—to bolster the role-play action. 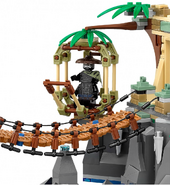 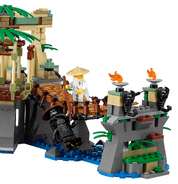 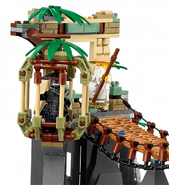