Ninjago Wiki
Register
Don't have an account?
Sign In
Advertisement
in: Sets, The LEGO Ninjago Movie, 2017,
and 9 more
English

Speed to the rescue with Jay’s Lightning Jet!

Save Ed and Edna from the shark army’s crab with Jay’s Lightning Jet in this thrilling THE LEGO® NINJAGO® MOVIE™ set. The jet has a handle for easy pick-up-and-play and maximum swooshability, plus an opening minifigure cockpit, spring-loaded shooter and trigger-activated rotating electro-disc. The crab features posable legs, a snapping pincer, and 6-stud rapid shooter, and the set also includes 6 minifigures with assorted weapons to dial up the role-play conflict.

"During the course of their development, all of the Ninja vehicles were worked on by multiple designers both at LEGO and the film studio. In the end I think we managed to create the most varied and iconic Ninja vehicle lineup so far!

The Lightning Jet was completed by Aske Garling, with a fantastic spinning dynamo function! I worked on earlier sketch models, and versions of the Shark Army crab!"[2] 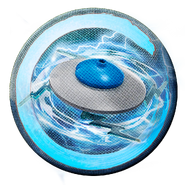 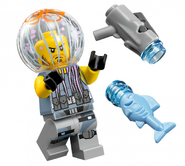