You may be looking for the vehicle.

Play out an action-packed Piranha Mech pursuit of a rickshaw through NINJAGO® City with THE LEGO® NINJAGO MOVIE™ Piranha Attack set. The Piranha Mech features opening jaws with a minifigure cockpit inside, plus 2 flick missiles. This fun toy also includes 4 minifigures with assorted weapons to dial up the chase action. 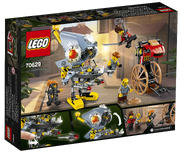 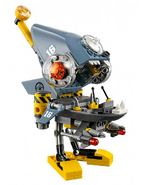 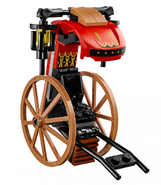