70639 Street Race of Snake Jaguar
70638 Katana V11 is a Ninjago: Masters of Spinjitzu - Sons of Garmadon set that came out in 2018. It includes Resistance Kai, Luke Cunningham, Kai's twin katanas, a red katana, Luke's motorbike, and the Katana V11.

"Katana v11 is the first model i designed by myself. A transforming attack speedboat! I stared at the bricks for a few days just trying to figure out where to start building a speedboat. I don't remember making one even as a kid. In the end it turned out nice if i say so myself!"[2] 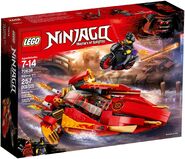 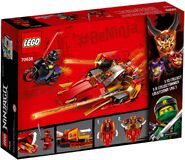 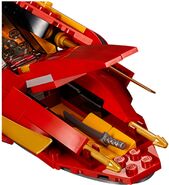 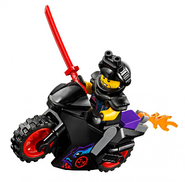