"This model came to life from a great sketch model created by Adrian Florea, Adrian work for a long time in the Ninjago team being a defining factor of establishing the aesthetic and feel of Ninjago. This was the last Ninjago model he put his touch on.

The model went through minor downscale since the sketch model did not fit the price point. The most work went in to creating a solid foundation for the elevated platform and to refine and make the scissor roof function work.

This set is the set i have created with most standard bricks in them, this make it in my opinion a great parts pack for kids that want to build their one stuff.

When it comes to figures i love when there is an opportunity to put in side characters. And being able to integrate 3 in this set was great, the Jade princess, her bodyguard Mr. Hutchins and of cause for the first time in a Ninjago set, a baby."[2] 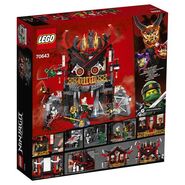 On the LEGO.com page 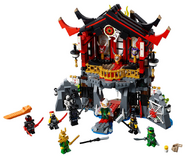 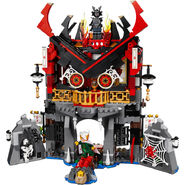 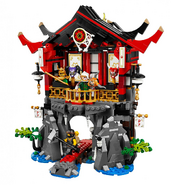 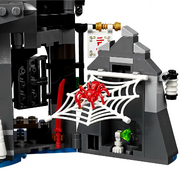 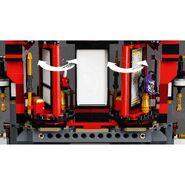