70658 Oni Titan
70655 The Dragon Pit is a Ninjago: Masters of Spinjitzu - Hunted set and was released on June 1, 2018, in most countries and August 1, 2018, in the US and Canada. It includes Kai, Jay, Zane and Cole in their Hunted robes, Dragon Master Wu, Iron Baron, Heavy Metal, Chew Toy, Arkade, Slab and a segment of the Dragon Pit arena, which features a prison cell, Iron Baron's throne, a large gate and a watchtower with a forge underneath and a large crossbow on top.

Join the ninja heroes in a battle against Iron Baron and the Dragon Hunters at the LEGO® NINJAGO® 70655 Dragon Pit, with 3 detachable sections for easy play. The viewing gallery features a throne for Iron Baron, weapon rack and a gate-opening function to let the posable Earth Dragon into the pit. There's also a watchtower with rooftop dual missile shooter, buildable telescope and a blacksmith's workshop, plus a jail with a trapdoor function to drop a minifigure into the pit. Fight for all 4 of the collectible Dragon Armor elements (worn in this set by Dragon Master) with 9 minifigures and their assorted weapons. 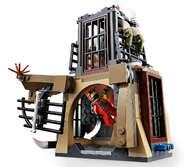 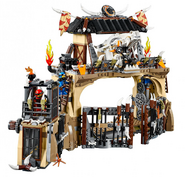 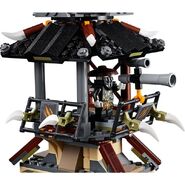 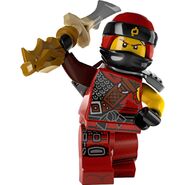 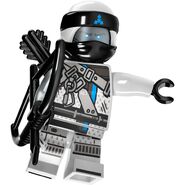 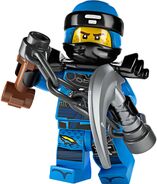 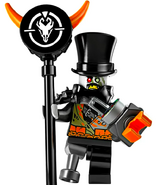 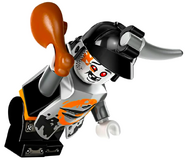 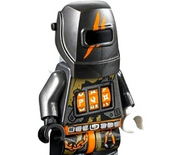