Not to be confused with the actual journey.

70671 Lloyd's Journey is a LEGO Ninjago - Secrets of the Forbidden Spinjitzu set that released in most countries on June 1st, 2019 but on August 1st, 2019 in the United States and Canada. It includes Armor Lloyd, Akita in her wolf form, a Blizzard Warrior, an ice block for which Lloyd's golden sword is stuck inside and a small outpost.

Stage an epic ice battle matching Lloyd and his wolf against Blizzard Warrior with this action-packed ninja toy for boys and girls. This 70671 Lloyd’s Journey LEGO NINJAGO set features Blizzard Warrior's fortress with a shooting crossbow and buildable ice holder for Lloyd's golden sword. Fans of the NINJAGO TV show will love role-playing scenes and creating their own adventures with the 2 LEGO NINJAGO minifigures, a wolf figure and cool ninja weapons in this toy building set. 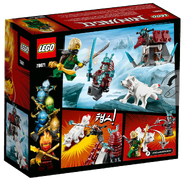 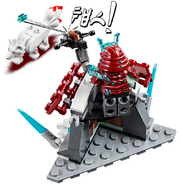 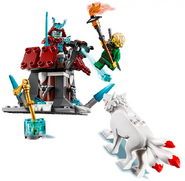