Enter the MechDragon! Sensei Garmadon and Lloyd are trying to escape with the Techno-Blade in Nya’s car, but Sensei Wu, who has turned evil, and the Nindroids are flying the MechDragon in hot pursuit. Drive clear of the MechDragon’s fast-spinning circular saw blades on the huge wings and dodge the missiles fired from the cannon. Evade its mechanical mouth, giant claws and dangerous whipping tail. Evil Wu is at the controls with two other armed Nindroids below ready to jump off into battle. Don’t let them capture the Ninja and imprison him in the hidden cell to power their MechDragon. Speed away in Nya’s car and fire the harpoon and unleash flick missiles from the hidden cannons to repel them. Includes 5 minifigures with weapons: Sensei Garmadon, Lloyd, Evil Wu, General Cryptor and a Nindroid. 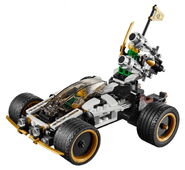 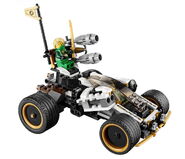 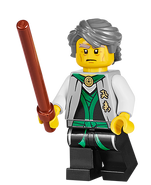 Sensei Garmadon with a bo staff 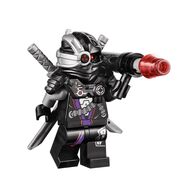