Kai’s X-1 Ninja Charger is an awesome 2-in-1 vehicle! Set off in hot pursuit of the Nindroids who have stolen Kai’s Techno-Blade. Aim the flick missiles at the Nindroid disc flyer and steer clear of its saw blades. Rotate the engine bay and fire the dual shooter to target the jet-packing Nindroid hovering above. Open up the hood, activate the built-in interceptor bike and accelerate to retrieve that valuable Techno-Blade! Includes 3 minifigures with weapons: Kai and 2 Nindroids. 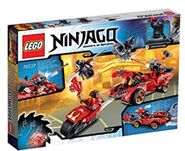 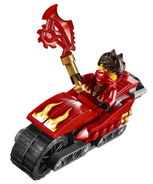 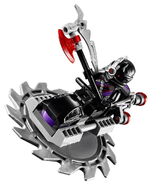 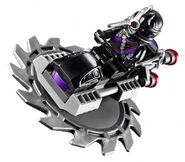 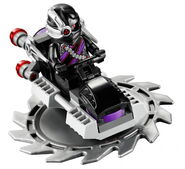