Deep in the jungle, Jay is being held captive by the Anacondrai. Find your way to their temple with Lloyd’s map. Once you get there, beware – Kapau’rai is on guard with his Anacondrai Blade, and Zugu is armed with a crossbow. Do you dare to Enter the Serpent? There are traps everywhere, including hidden spring-loaded shooters in the stairs, poison balls dropping from the snake’s mouth and a trapdoor! Search the caves for a second map with directions through the Anacondrai Temple. Find your way across the suspension bridge to the prison tower and free Jay! Includes 5 minifigures with assorted weapons and accessories: Lloyd, Jay, Chen, Kapau’rai, and Zugu. 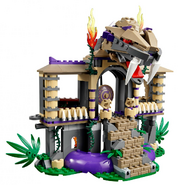 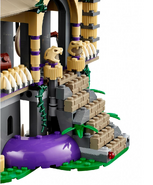 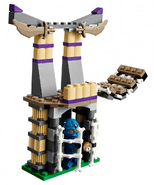 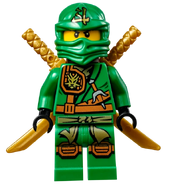 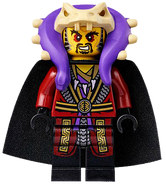