Lloyd’s Ninja Mech (71757) is the ideal playset to help kids aged 4 and up develop their building skills. It features a posable mech toy with a cockpit to carry the ninjas into battle, 2 large swords and 2 minifigures.

Beginner LEGO® set inspires young kids to build
This ninja playset has been specially designed to give kids aged 4 and up a brilliant build-and-play experience. Inside the box, each bag of bricks has a model and a character to build so kids can quickly get the action underway. There is also a Starter Brick to provide a partly constructed base to get kids building.

Digital fun for all the family
The playset comes with interactive digital building instructions to make the experience even more fun for little builders and their families. Available in the free LEGO Building Instructions app for use on smartphones and tablets, the zoom and rotate tools let young kids visualize the model as they construct it. They can save their progress at any point on the app. 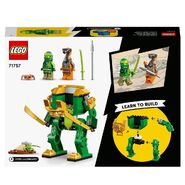 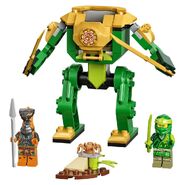 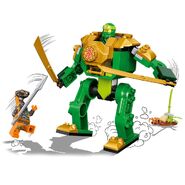 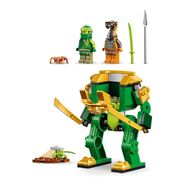 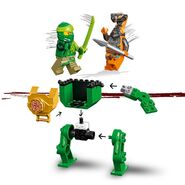