71767 Ninja Dojo Temple
71766 Lloyd's Legendary Dragon is a Ninjago: Core set that was released on January 1, 2022. It includes Lloyd and Nya in their Dojo suits, a Python Dynamite, a Viper Flyer, the Surprise banner, the Legendary Dragon and a ballista shooter.

LEGO® NINJAGO® Lloyd’s Legendary Dragon (71766) battle playset comes packed with everything ninja fans aged 8+ need to enjoy hours of creative play. The posable dragon toy can also be upgraded by kids with a saddle and bigger attack-mode wings that move backwards and forwards.

A premium building set to wow friends
The building set comes with 4 minifigures: Lloyd with a sword, who can be upgraded with a hood; Nya with a spear; Viper Flyer with a jetpack and sword; and Python Dynamite with a stick of dynamite and his ballista shooter. New for January 2022, when kids defeat the ninjas’ enemies and complete their mission they are rewarded with a collectible banner.

Building sets to fuel ninja fans’ passion
NINJAGO toys lure kids away from their screens and into an enthralling world of fantasy action. Here they can team up with their brave ninja heroes to battle the forces of evil with an extensive collection of building sets including mechs, dragons and temples. 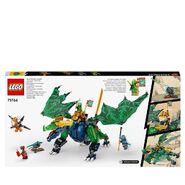 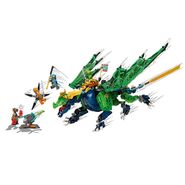 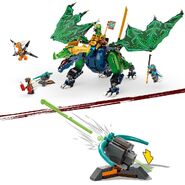 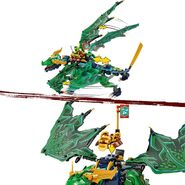