Not to be confused with the Legacy remake or the actual mech.

9449 Ultra Sonic Raider
9448 Samurai Mech is a Ninjago: Masters of Spinjitzu - Rise of the Snakes set that was released in May 2012. It includes Samurai X, Bytar, Snike, the Constrictai Fangblade, a Silver Battle Mace, two golden blades, and the Samurai Mech.

Send the Constrictai snakes flying with the awesome Samurai Mech! 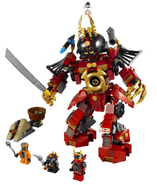 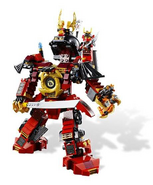 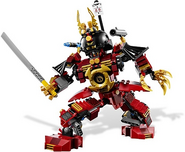