This article is about the set. For the character, click here.

9552 Lloyd Garmadon is a LEGO Ninjago: Masters of Spinjitzu - Rise of the Snakes booster pack released in 2012. It includes Lloyd, a Blinding Staff, a Spear of Forked Tongues, a Golden Viper, a Character Card, and four Battle Cards.

You decide! Customize your spinners like never before with Lloyd Garmadon minifigure, shields, fang blades, 3 weapons and a character card. Use the 4 battle cards included in the set to influence the outcome. 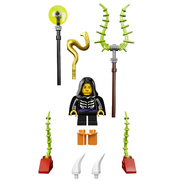 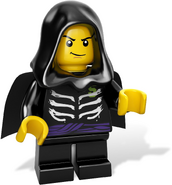 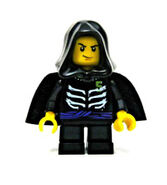 Young Lloyd Minifigure
Add a photo to this gallery
Retrieved from "https://ninjago.fandom.com/wiki/9552_Lloyd_Garmadon?oldid=562073"
Community content is available under CC-BY-SA unless otherwise noted.