9553 Jay ZX is a LEGO Ninjago: Masters of Spinjitzu - Rise of the Snakes Booster Pack that was released in 2012. It includes Jay ZX, a Silver Sword, a Golden Double-Bladed Sword, a Silver Serpent Striker, a Character Card, and four Battle Cards.

Customize your battles with Jay ZX!

Spin your way to victory with Jay ZX. Bring even more trouble for the slithering snakes with the power of lightning in your battles! Customize your spinners like never before with Jay ZX minifigure, shields, blades, LEGO lift brick, golden weapon, 2 regular weapons and a character card. Use the 4 battle cards included in the set to influence the outcome. 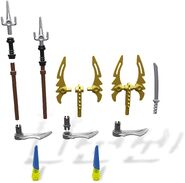 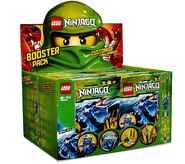