Not be confused with the actual battle.

“After Garmadon's fall, the balance of the elements was restored and Ninjago enjoyed many years of peace.”
— Wu to Zane

Battle Between Brothers is the last of six mini-movies, taking place directly after the pilot episodes of Ninjago: Masters of Spinjitzu. It aired on Cartoon Network in the Fall of 2011.

Zane notices Sensei Wu wearing a new black kimono and tells him it is "most extraordinary." Wu thanks Zane and explains that it has powers against evil; more importantly, it reminds him of the day Garmadon was banished to the Underworld.

A flashback shows a young Garmadon stealing the Golden Weapons from their stands. A young Wu tells him the Golden Weapons are for display, but Garmadon, with red eyes, replies, "Tell me, what good is a weapon if all it's used for is collecting dust?" Wu tells him not to be a fool only for Garmadon to snap back, exclaiming that their father was the fool.

Wu and Garmadon then battle over the Weapons, with the former using the Shurikens of Ice and the Scythe of Quakes and the latter using the Nunchucks of Lightning and the Dragon Sword of Fire. Wu knocks Garmadon out of the Monastery, but Garmadon gets back up, attacking Wu with both weapons, as Wu defends with both, which causes a thunderstorm to suddenly appear as Garmadon tries to strike the final blow on his brother. Just before he can attack, Wu's kimono glows, and a bolt of lightning strikes, charring Garmadon's body and dropping him into the Underworld.

As the flashback ends, Sensei Wu tells Zane that there were many years of peace after Garmadon's downfall. At that moment, Jay soars riding on the back of the Lightning Dragon without using his hands, prompting Zane to quip that those days appear to be over. 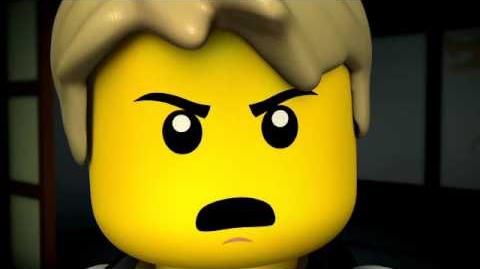