View source
watch 01:25
Jurassic World: Dominion Dominates Fandom Wikis - The Loop
Do you like this video?
Play Sound
“You guys, this monster just ate one of our power generators!”
— Cole

Beasts and Dragons is the seventh part of the ten-part mini-series of Ninjago: Decoded.

Jay, Kai, and Zane remember some of Ninjago’s most fearsome creatures in order to help Cole defend the cave from an unidentified monster.

Power is restored by Nya, while Cole reports that the outside enemy has destroyed one of the generators. They try to figure out who’s attacking them by comparing the monster with other beasts the ninja have encountered before. Cole is able to stop whatever is attacking them without them actually realizing who it is. However, Zane is then fully taken over by the hacker. 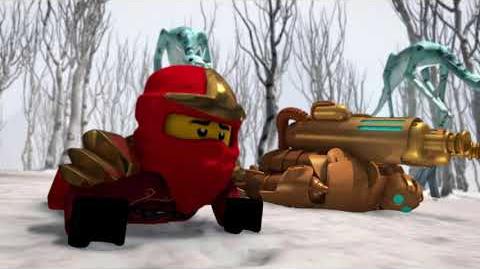