Ninjago Wiki
Register
Don't have an account?
Sign In
Advertisement
in: Participants of the Speedway Five-Billion, 2020, NPCs,
and 5 more

Racers
The Chrome Domes was a racing team that competed in the Speedway Five-Billion.

One of the members of the Chrome Domes spoke about what it would mean if he won the Key-Tana.

The Chrome Domes participated in the Speedway Five-Billion.

The race begins with one of the Whack Rats blasting a small rocket at a Chrome Dome's vehicle causing it to spin out.

Jay decides to pull up in front of Ritchie. They both recognize each other, and Ritchie throws a bomb at him. Jay ducks down in time for it to go over his jet and instead it hits a Chrome Dome. This causes the Lightning off-roader to spin out of control and and destroy two ATV in the process.

As Racer Seven and Lloyd get close to a Ballistic Missile, he drops rolling bombs, but the two are able to avoid it. Instead, it hits a Chrome Dome causing him to flip out.

By the end of the race, there were no Chrome Domes remaining as they had all been knocked out of the race. 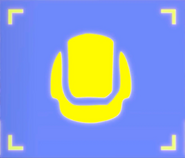