Defunct
Dragon Cam is a stop motion web series made by LEGO that shows the activities the ninja, the Dragons, and the Dragon Hunters do when they are not shown on screen. The series takes on a more humorous tone than the main series. It had started live streaming on LEGO's YouTube channel on September 14, 2018. It stopped live streaming on YouTube sometime in December, but is still available to watch on the LEGO website.

Watch the LEGO NINJAGO Live Dragon Cam, an epic 24-hour livestream with mighty dragons, evil Dragon Hunters and all the hilarious stuff the Ninja do behind the scenes.

One clip involves Wu coming up to a hanging switch and pulls it, turning day into night or vice versa. 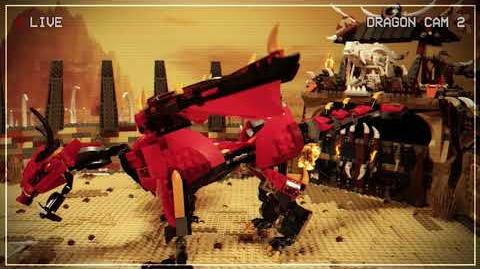 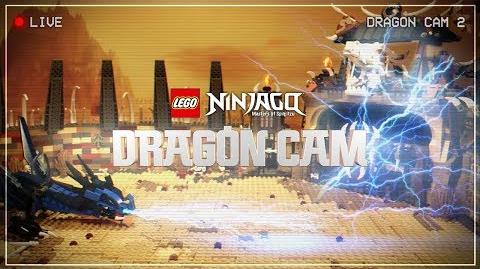 The LEGO NINJAGO LIVE Dragon Cam 🔴
Video unavailable
Add a photo to this gallery
Retrieved from "https://ninjago.fandom.com/wiki/Dragon_Cam?oldid=631386"
Community content is available under CC-BY-SA unless otherwise noted.