Ninjago Wiki
Register
Don't have an account?
Sign In
Advertisement
in: Weapons, Ninjago: Masters of Spinjitzu, 2015 weapons,
and 11 more

Unknown
Ghost Blades[1] were weapons wielded by Morro when he was in control of Lloyd's body.

After confronting his old master and clashing with his pupils, Morro pursued his adversaries as they made their escape on the Destiny's Bounty. He continued his attack on the ship, brandishing the two blades as the battle picked up again.

When Wrayth was fighting the ninja, his weapon featured a single ghost blade at the end of his chain. 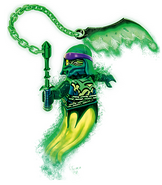 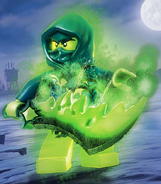 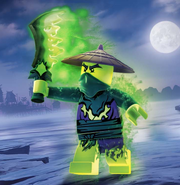