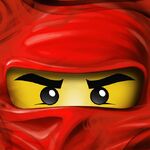 LEGO Ninjago: Spinjitzu Scavenger Hunt is a game based on LEGO's Ninjago theme. It is a fighting game that focuses on using Spinjitzu. This game is unplayable on Apple devices with IOS 11 installed

With the helping hand of Sensei Wu, the player must battle their foes with the use of Spinjitzu. The player is given the ability to customize their Ninja, as well as upgrade their weapons and attacks to make whichever Ninja they selected more powerful. In order to unlock more upgrades, the player is able to scan the codes on their Ninjago products.

In March 2012, a sequel was released titled LEGO Ninjago: Rise of the Snakes—though it was essentially the same as the Spinjitzu Scavenger Hunt with a few minor alterations (such as new enemies and arenas).

Caves of Despair
Add a photo to this gallery
Retrieved from "https://ninjago.fandom.com/wiki/LEGO_Ninjago:_Spinjitzu_Scavenger_Hunt?oldid=630838"
Community content is available under CC-BY-SA unless otherwise noted.