View source
watch 02:56
Doctor Strange in The Multiverse o Madness - The Loop
Do you like this video?
Play Sound
“I am extremely honoured to have reached the places I have, to have lived the experiences I have lived and to have met the people I now consider family. I genuinely couldn't be more grateful, and as my future with the theme continues to shine brighter and brighter, I will never stop trying to make my community as proud and as astonishing as I possibly can.”
— Lachlan Jansen[1]

Alive
Lachlan Jansen (born April 9, 2001)[2], known online as TheMarvellousJan, is a British-born Australian fan of Ninjago. He is known for co-writing The Splinter in the Blind Man's Eye along with Tommy Andreasen. 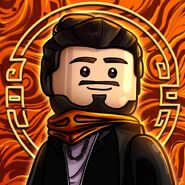