You may be looking for the sub-theme of Ninjago sets.

“This is not a diary. It is a backup of our adventures. I returned from our latest search for Master Wu, and thought it pertinent that someone record the story of Ninjago.”
— Zane to Nya

Legacy is the first part of the ten-part mini-series of Ninjago: Decoded.

Nya helps Zane backup memories of their adventures to the Samurai X Cave computer, but Zane encounters a mysterious puzzle buried deep within his code.

At the Samurai X Cave, Zane requests for Nya to help him with logging all of their previous adventures by backing up his memories. During this, Zane recaps the events between their first adventure to their battle against the Ghost Warriors at Stiix by displaying his memories on the Samurai X computer.

Nya then proceeds to upload new memories to Zane's memory core of the events of Skybound before explaining to Zane that she's noticed that there are other gaps that Zane should check out, but Zane informs her that he is fully functional. Nya then steps outside of the Samurai X Cave to call Jay while Zane then proceeds to continue with his video, recapping their latest battle against the Time Twins and the disappearance of Master Wu after he becomes lost in time.

After finishing his recaps, Zane attempts to log off, but he finds himself unable to. 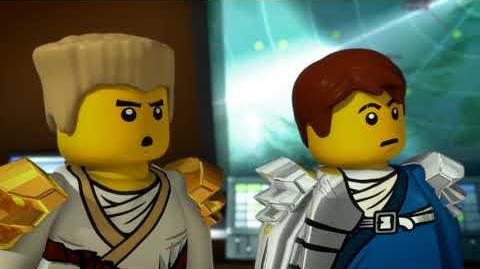