View source
watch 01:25
Jurassic World: Dominion Dominates Fandom Wikis - The Loop
Do you like this video?
Play Sound
“Now, you said that someone was trying to hack Zane. Maybe it's time we figure out who.”
— Kai

Ninjago's Most Wanted is the fourth part of the ten-part mini-series of Ninjago: Decoded.

Kai enters Zane’s mind and suggests the Ninja take a break from puzzle-solving to figure out which villain is trying to hack their friend.

Kai joins in and suggests they need to figure out who’s hacking Zane and behind the "Ninjigma." They didn't manage to do it in this episode, and someone starts attacking the Samurai X Cave. Cole leaves Zane’s mainframe to go fight whoever it is. Nya seems to remember the time when she was under the influence of Dark Matter. In addition, Jay and Nya reflect on Nadakhan and leave the others confused until Zane gives a short narration. 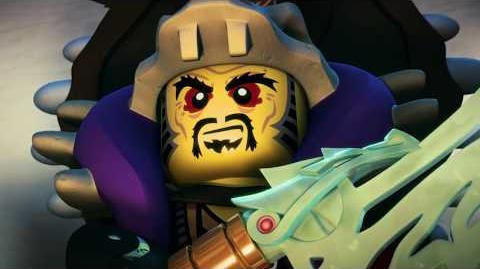