Ninjago Wiki
Register
Don't have an account?
Sign In
Advertisement
in: Ninjago, Ninjago: Masters of Spinjitzu, Species,
and 40 more

You may be looking for the Shark Army member.

“
I do not understand. Octopuses are peaceful creatures who seldom venture to the surface.
— Zane to P.I.X.A.L. in "The Call of the Deep"
„

Alive
Octopuses are underwater animals that live in the Endless Sea.

Jay drinks a tea that transforms him into an octopus.

When Glutinous tested the functionality of the Storm Amulet's replicas so that Kalmaar could reawake Wojira, they accidentally created an energy pulse that disrupted an octopus. It then floated to the surface in confusion, and as the ship named Mary Louise stood in its way, it attacked. The octopus wrapped its tentacles around the ship. Zane and P.I.X.A.L. then came to help the Mary Louise's crew on their vehicles. They managed to save the crew, but the octopus pulled Samurai X Mech below the surface into the depths of the Endless Sea. P.I.X.A.L. however, released herself and the octopus finally swam away. 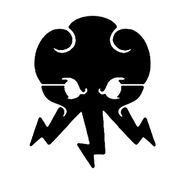 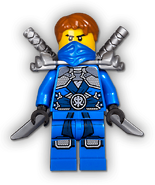 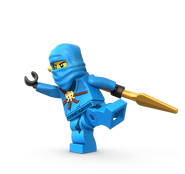 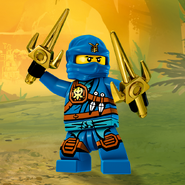 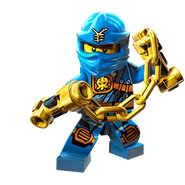 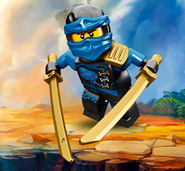 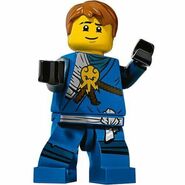 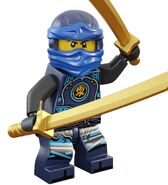 Jay with an octopus arm

Jay as an octopus

Pictured on the sea scroll
Community content is available under CC-BY-SA unless otherwise noted.
Advertisement