View source
“It's the latest craze. If finds your perfect partner with flawless results.”
— Sally, "The Surge"

While at Borg Tower, Sally shows Nya the Perfect Match console and begs Nya to try it. Her students think her match would be Jay, but they are shocked to see Cole appear.

When Edna mentioned Jay and Nya's relationship, P.I.X.A.L., who was connected to the Perfect Match system, stated that Cole and Nya would be a better match. 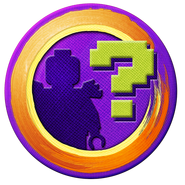 "You should try it, Miss Nya!"