Not to be confused with the twelfth season.

After the defeat of the Blizzard Samurai, the game resurfaces and gamers become trapped within. The Ninja must find the three Key-Tanas in order to defeat the ruler of Prime Empire, Emperor Unagami, and rescue the people who have been captured inside the video game.

The mysterious appearance of the legendary video game, Prime Empire, has gamers excited in Ninjago City. Everybody's lining up to play, eager for the chance to test their skills, but one by one, players are disappearing... it's all fun and games until you reach Level 13.

The arcade game was created at an unknown point in time by Milton Dyer. However, for unknown reasons, the game was cancelled before it was supposed to be released.

Lloyd, Kai, Nya, and Cole make it inside of Prime Empire and find themselves in the center of Terra Technica.

There are thirteen levels of Prime Empire. While the names and details of the thirteen levels are currently unknown, two of them involve the Speedway Five-Billion and the Empire Temple of Madness. 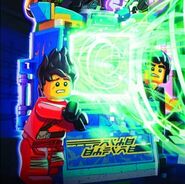 In the Product Animation 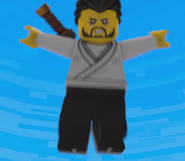