Prophecy of the Green Ninja is the ninth part of the ten-part mini-series of Ninjago: Decoded.

The final puzzle forces each ninja to question the true meaning of the Green Ninja Prophecy, but success is not what it seems.

The final puzzle is a labyrinth where the path is a message in Ninjargon and the goal is to reach the Green Ninja in the middle. The ninja open up paths in it by remembering how they unlocked their True Potentials. Nya translates her emotions into code in order for the group to proceed. Lloyd joins everybody to break the last wall. The ninja solve the final puzzle as well and by doing so, releases the remnants of the Digital Overlord's virus. 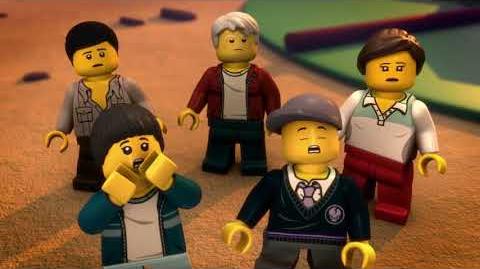