View source
watch 01:54
Obi-Wan Finale - The Loop
Do you like this video?
Play Sound
“What dos Tanabrax want the souls for? And why is he putting them into puppets?"
"Well, the puppet idea was his because a soul in a puppet body can live forever."
"An immportal army.”
— Garmadon, Moody and Obachan, The Lair of Tanabrax

Sons of the First Spinjitzu Master

The puppets were wooden toys carved by Tanabrax, who put in them the souls of the villagers he kidnapped, creating an immortal army.

After gaining possession of a sacred medallion, Tanabrax began to create an army of his own by stealing the souls of people and transferring them into wooden puppets, beginning his plan to takeover Ninjago. The puppet army started out with Bunch and Moody, two thieves that wanted to become great henchmen for Tanabrax. The two puppet leaders were then ordered to kidnap innocent villagers for Tanabrax.

Several years later, Wu mentioned the puppets to the ninja while they were participating in the Turnip Festival. After the story finished, Lloyd asked Wu what happened to the puppet version of him, but Wu replied that he's not sure and believed that it's still inside of Tanabrax's lair. Unbeknownst to him and the ninja, Puppet Wu was watching them as it hitched a ride in the back of a travel wagon. 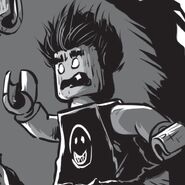 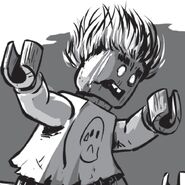 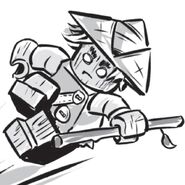 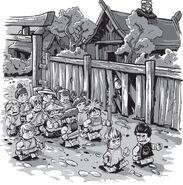 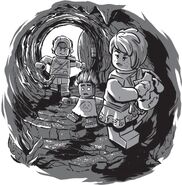