Not to be confused with the villainous group.

“This isn't the end, Harumi. This is just the beginning. Without my power, without my friends, I'm gonna fight you. I'm gonna fight on. Because a ninja never quits.”
— Lloyd to Harumi, "Big Trouble, Little Ninjago"

The first 7 minutes of the first episode premiered on July 23, 2017, at the San Diego Comic-Con as part of the preview. The trailer was released on January 5, 2018. The first episode was released in Australia on January 20, 2018. It was made available on the US Cartoon Network app, website, and On-Demand on March 30, 2018. To familiarize new fans brought in by The LEGO Ninjago Movie, the design of the ninja's suits and faces are based on their movie designs. The season also recasts Sam Vincent as the voice of Lloyd, supplanting Jillian Michaels, who voiced the character prior to Season 8.

The Sons of Garmadon, a mysterious gang of criminals, are after the Three Oni Masks in the action-packed season 8 of the NINJAGO TV series, and you can get a first look at the trailer right here! They plan to use the power of the masks to resurrect Lord Garmadon. Can the might of Lloyd, the Green Ninja, and the ninja team stop them in time?[2]

All the ninjas' designs have been changed so the transition for new fans that came from The LEGO Ninjago Movie would be easier. Now all the ninja look similar to their movie counterparts, though the eighth season remains canonical to the previous seasons of the show. In the first episode of the season, Cole and Jay have a short argument where Cole implies that Wu’s trip through time may have caused them to "look totally different and not even know it." While the Hageman Brothers say that this is the explanation for the design changes,[3] Tommy Andreasen says there is no real canonical reason and it is simply a fourth-wall-breaking meta-joke.[4]

Garmadon was the mascot character, and the promotional and box art appropriately focused on Ninjago City. The collectible items were the Oni Masks. The sets mostly consisted of ninja and Sons of Garmadon vehicles.

This was the first wave to feature Spinjitzu Master spinners. 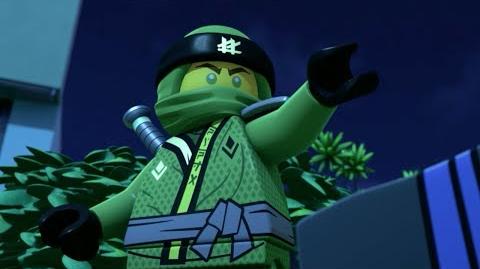 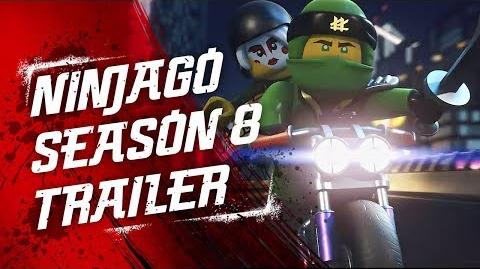 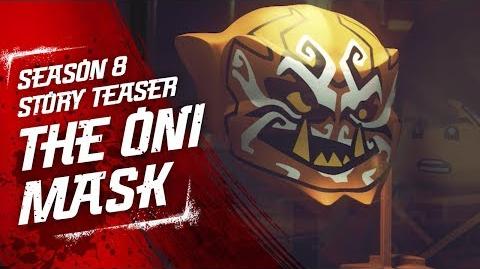 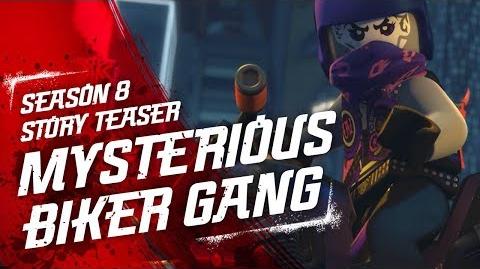 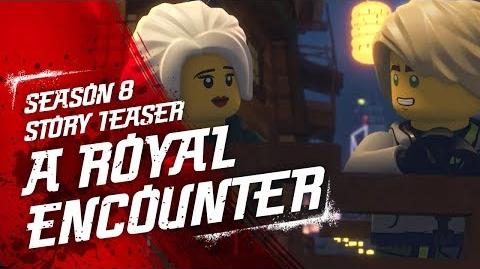 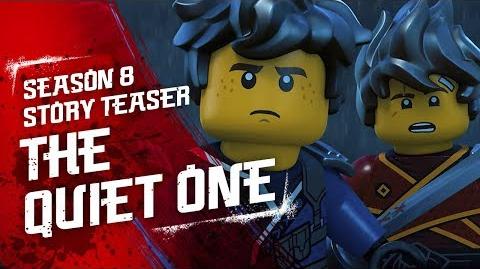 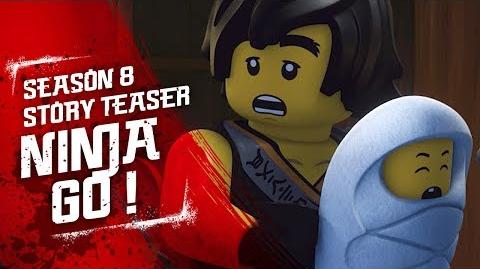 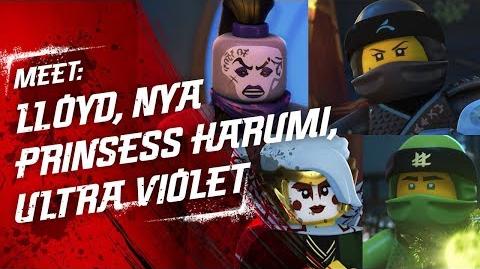 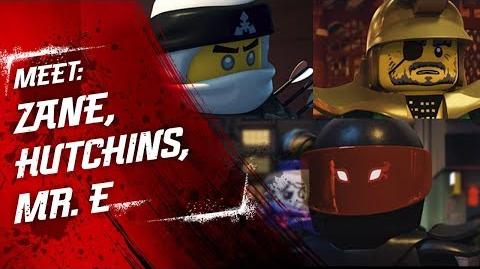 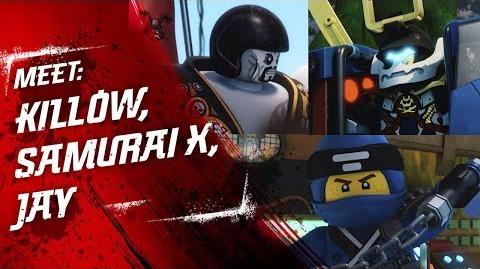 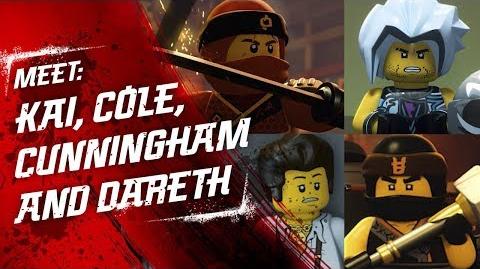 Icon on Now TV in the UK

Statement by Tommy Andreasen regarding fans' concerns for the season 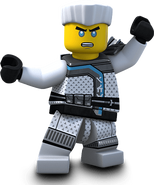