View source
watch 01:36
We're Getting Mutants in the MCU - The Loop
Do you like this video?
Play Sound
“And you guys have like crab outfits and shark outfits. I mean, maybe we're spending too much on outfits.”
— Garmadon to his generals

The Shark Army is an organization that serves Lord Garmadon and acts as his basic offense.

Whenever a General #1 fails Garmadon or angers him, he fires them out of his volcano lair, resulting in the previous general being covered in ash or burn marks from the heat of the lair. One lost his hearing. The next general takes his or her place climbing up their ranks. 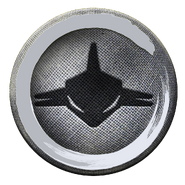