View source
watch 01:25
Jurassic World: Dominion Dominates Fandom Wikis - The Loop
Do you like this video?
Play Sound
“Technology's every bit as important to Ninjago as the ancient scrolls in the Library of Domu.”
— Nya

The Digiverse and Beyond is the fifth part of the ten-part mini-series of Ninjago: Decoded.

The team tackles a puzzle about technology in Ninjago while the threat to Zane grows graver by the minute.

The rest of the crew continue trying to figure out who’s behind the attack on Zane. The key to solving this mystery seems to be the technology of Ninjago. The crew starts reminiscing about it and some of the creations of Cyrus Borg. They are successful in solving the puzzle but the progress of the hacker is not slowed down. They find out that the hacker is not trying to destroy Zane, but rather control him. 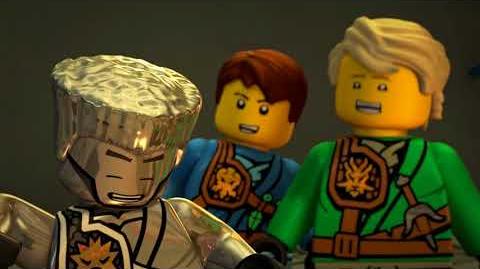 LEGO Ninjago Decoded Episode 5 - The Digiverse and Beyond