Not to be confused with the characters.

The Elemental Masters is the sixth part of the ten-part mini-series of Ninjago: Decoded.

A riddle requires the Ninja to consider the powers and history of the Elemental Masters. Meanwhile, Nya struggles to keep the power on in the Samurai X Cave.

Nya manages to slow down the hacker by using her technical expertise. The next puzzle is actually a riddle about Elemental Masters in Ninjargon. The ninja need to solve this puzzle quickly because the cave is running out of power. With Kai's temper, they eventually come up with the correct answer of Fire. Although, everyone agrees they themselves came up with the answer first, much to Kai's frustration. 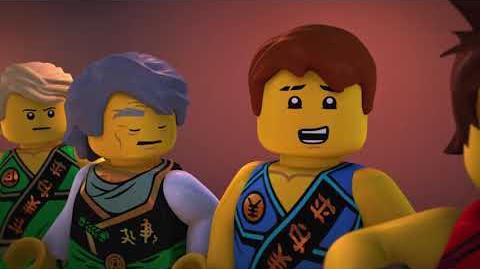 Retrieved from "https://ninjago.fandom.com/wiki/The_Elemental_Masters?oldid=606068"
Community content is available under CC-BY-SA unless otherwise noted.