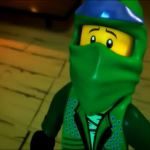 "All of my training was not to become the Green Ninja, but to protect him." -Kai ZX

Hello! I'm Casey113. I played Lego Universe as a Beta Tester and Founder.

I LOVE Ninjago. I have almost every set. I love all the characters, but my favorites are Kai, Lloyd, Zane, Pythor, Fangtom, and Lord Garmadon! Ninjago is the best Lego themes ever in my opinion. My favorite episodes are all of the episodes but I like Day of the Great Devouer, The Green Ninja, Tick tock and All of Nothing the most! If you want to ask me a question or just say hi, go ahead.

My best friend Legodude101 showed me this wiki and this is a awesome wiki! I can't wait to help make this Wiki amazing!

Some of my good friends here on the Wikia Included:

Now the Serpentine are released.....

One day, he was ambushed by the Serpentine. Pythor was leading them. Zen fought them but the serpentine were strong. Just then, a warrior came. The Spinjitzu master known as Legodude helped Zen fight the Serpentine. The Serpentine were too strong though. Legodude and Zen escaped and became friends and Zen joined forces with Legodude, Blaynii, and Vector E. the last of a Vector Bots. Together, now knowing Spinjitzu and with there Dragons Blaze, Breeze, and Shock they must defeat the Serpentine And protect Ninjago with the help of the Four Spinjitzu Masters....

The Four Ninjago Defenders are Ready....

This Story has Just Begun....

Sets i Plan on getting:

These are Some new sets im getting soon!

"I AM LLOYD GARMADON! BRINGER OF EVIL!" -Lloyd

"I am Lloyd Garmadon son of Lord Garmadon and future dark ruler!" -Lloyd

"All of my training was not to become the Green Ninja, but to protect him." -Kai ZX

Some Cool Photos Of Ninjago!

1 of 24
Add photo
Retrieved from "https://ninjago.fandom.com/wiki/User:Casey113?oldid=122496"
Community content is available under CC-BY-SA unless otherwise noted.