Moved on to other wikis.

"Your an EPIC dude that fears nothing and better than that! a GREAT FRIEND! You are very nice. PURE AWESOMENESS!" -Thornu

"You are good friend and cool user.You are helpful and useful for this wiki!!" -LegendaryNinja

"Legodude101 is a great friend, someone you always hopes will come on the chat when you are on, you are a epic pie person (that is a hard comment to get), and he helped this wiki is so many ways it would take up this whole page! Anyways you are awesome and a great friend." - Brianna113

"Legodude is an excellent user and a great friend. One of the great things about him: He is epic." - Makuta Tarkairadan

"You are a helpful user, You and I both have Ninjago villains as our avatars, you don't eat Condensed Evil, you have Condensed awesomeness" -Ermac27

Welcome to my User page!

Im a big fan of Ninjago (I watched both Seasons of the Show and im still watching them as they come!), and I own many of its sets from its many great releases. My favorite character is Lord Garmadon! I really love the relationship between Lloyd and Lord Garmadon, as well as Garmadon's weakness for his son. My favorite of the 4 Ninja's vehicles is Jays Storm Fighter. In my Opinion, Ninjago is one of LEGO' great themes, and I expect it to last some time.

I've really been liking where the new Ninjago story is going. With lots of new twists and turns. I except the new minfigures for 2013 to be the best of the batch!

"Nobody goes anywhere, until you deal with ME!" -Cole under Skale's control.

"I AM LLOYD GARMADON! BRINGER OF EVIL!" -Lloyd

"Hello brother, what took you so long?" -Lord Garmadon

"The Green Ninja is here to save the day!" - Lloyd Garmadon

"Bow to your master! BOW TO YOUR MASTER SERPENTINE!" - Pythor'

"But tomorrow is a new day Ninja, Mark my words, I will find new ways to finish you!" -Lord Garmadon

"Not again! Not again!" -Lord Garmadon 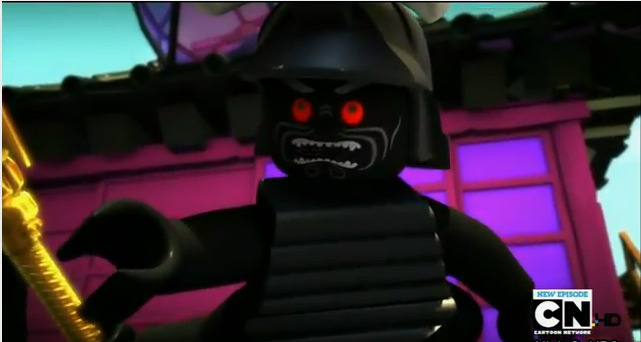 Sometimes on chat, this wiki gets into a Roleplay! This is my story:

I am Legodude, Master of Lightning Spinjitsu, and have also unlocked my True Potential. My father was Samurai Z, famous warrior, until I was abandoned, and adopted by Sensei Wu. I lived with Sensei and Garmadon, until the day Garmadon was bannished. I was scared, I couldnt live here, I felt cursed. So I went to find my Father in battle with the Serpentine. That is when I met Vector E. Cramp, Tarkairadan and Prototron. They saved me before the Samurai army was taken over my Serpentine, and all of the Samurai were gone. Now with my father dead, I take all of his Will. Including his Monastery and everything in it. He also had an Airship much like the Destiny's Bounty, but more of a Warship then a HQ. Now, I am in charge of keeping Peace in Ninjago, and with my Team, we will do what we can to make things right!

I also really, really like to play as Lord Garmadon >:)

Ninjago sets I own and Plan to get:

Retrieved from "https://ninjago.fandom.com/wiki/User:Legodude101?oldid=335869"
Community content is available under CC-BY-SA unless otherwise noted.