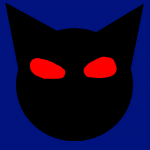 Hi, welcome to Ninjago Wiki! Thanks for your edit to the Thread:23249#87|ninjago is better than chima page.

Greetings! I've actually been taking a good deal of screenshots from the game these last few days and uploading them to the wiki. You can find them all here, though if there are any you specifically need, don't hesitate to ask.

And as a general rule of thumb, the Ninjago Wiki only accepts facts, no speculation. While your theory with Hibiki is quite likely true, unless we get confirmation by an official source the Ninjago Wiki cannot accept it. We've had issues in the past where people take speculation here as proven fact and spread it believing it to be official.

While it is entirely possible, there is nothing that confirms it so unfortunately it cannot be added to the articles.

Hello! I'm sorry if it upset you, but I believe I reverted your edit because the grammar was awkward. If you wish, you can add the information to Dareth's page again, as long as the grammar/spelling is corrected. SaltNPepper (talk) 19:38, March 31, 2015 (UTC)

Yes, I do believe it is reasonable that Ronin's samurai should have their own page. I'll try and get a few more images of them later.

The event in question happened in late 2012 when Ninjago was supposed to end. Disputes broke out over what should be done with the wiki now that the theme was over, and as a result, all of the staff apart from Salt and I left.

Sorry for not getting back to you about your theories. Yes, I think both are entirely possible, especially that Chen and the other cultists also became ghosts as they were banished. Should be interesting to see in the next season. --Vec 15:29, April 19, 2015 (UTC)

I'm in the business (not a real business, just something I do) of making people's profile pictures. Would you like me to make one for you? I don't mind if you turn down the offer, but my profile and talk page have a few examples of my capabilities. Shamrock (talk) 13:48, June 26, 2015 (UTC)Lego Shamrock

Oh, well, I've never played Shadow of Ronin, and frankly, it seems that it and the show are seperate. I mean, anything that came up in the game that affects the show, will probably just be brought up in the show anyways. Lego knows that there are people that can't afford the game or just don't want to get it, so I don't think it'll make any real developments that some people won't end up seeing (which would mess the show's storyline up for them).

Concerning the question on Lego Shamrock's page, Lloyd's child self was the first Ninjago character who wore a cape.

I don't know if Chen's throne is an object of itself, but if you can get enough information on it, why not make a page? I'll definitely help giving more information as well. Shamrock (talk) 17:37, June 26, 2015 (UTC)Lego Shamrock

Lloyd's power and the ninjas powers

Well, I'm not sure why the ninja lost their elemental powers.

So far, I must say that this season is the most poorly done out of all of the seasons. It escalates too quickly in the first and second episodes, it leaves many details unclear (like who Ronin is, for those that have never played the video game), it leaves a lot of questions unanswered (how Morro has an elemental dragon, why he was banished to the Realm, how he escaped, how he was able to possess inanimate objects, why Lloyd was the only one that changed his appearance when he was possessed, why the ninja lost their elemental powers, how Morro was able to use multiple kinds of powers (despite just being the elemental master of wind, and sort of energy), why his dragon was able to shoot energy bolts, etc.), and it uses a lot of new/confusing names for things and then never mentions them again in the show (like the Allied Armor of Azure).

I also don't like how they keep adding new things that happened in the past that are a bit far fetched. Why Sensei Wu wouldn't tell the ninja that he once had a student, Morro, the Master of Wind (what's so bad about that?), and why he never told Kai and Nya about their mother, and Nya about her elemental powers when he first met her or up until this point. Why wouldn't Nya be able to handle the fact that she has elemental powers? She is already a samurai, so it's not a huge leap.

Ronin in the Show

You make a valid point. I didn't like how they added Ronin to the show when no one except the ninja knew who he was. I would have liked it better if they had just kept him out of it all together. He may have not trusted Nya enough to tell her that he only wanted the money for himself, and never intended to repay the Soul Archer until he discovered his escape from the Cursed Realm. Although, his character is interesting.

Yes, the Overlord was a bit careless at times. But you have to admit, he thought that he was the evil equivalent of the Ultimate Spinjitzu Master (just not as powerful). The villains in this show do tend to get arrogant, and that provides a fighting chance for the ninja. Shamrock (talk) 13:53, July 5, 2015 (UTC)Lego Shamrock

Yeah, I get it. There are a lot of plot holes that the viewer has to sort of "look past" to enjoy the show. But I personally was wondering when they were going to give Wu his elemental dragon. But look at what I added to it's trivia. Shamrock (talk) 15:26, July 6, 2015 (UTC)Lego Shamrock

First, I believe that the First Spinjitzu Master did not create all of the realms, but merely created Ninjago. He may have just traveled between them all using the Realm Crystal, but I don't think any other realms interacted with each other.

Morro's dragon is another thing that bothers me about Season 5. At first, I thought it was the elemental dragon of Wind, but then it shot energy blasts. So, then I thought it must be Lloyd's possessed elemental dragon, but then it was seen after he was free of Morro flying above Stiix with a bunch of other dragons. Honestly, those ghost dragons are either dragons created by the Preeminent, or dragons cursed along with a few elemental masters long ago. I like the first reason better. Shamrock (talk) 13:37, July 13, 2015 (UTC)Lego Shamrock

Yes, the Cloud Kingdom is a bit strange. It doesn't seem to make sense if they write destiny, but they still allowed the Preeminent to escape the Cursed Realm. They also didn't explain how Morro "defied" destiny. The writers in Cloud Kingdom may just use Ninjago's past to decide what should happen in the future.

Yes, the "elemental powers" thing is a bit glitched. The Ninja are all Elemental Masters, so like the others (and Lloyd) they shouldn't have needed weapons at all in the first place to activate their elements. Actually, now the only reason they have powers is because Lloyd gave them to them. This doesn't make sense, since they are the top elemental masters.

A forum page would be interesting to read about this topic, and comment on.

Do you think kai should have been the main character?

Eh, sorry I haven't been catching up. School starts soon, and I've been kind of busy otherwise. I may not have much time for our lengthy discussions for a while. Sorry Lego Shamrock (talk) 01:45, August 23, 2015 (UTC)Lego Shamrock

Retrieved from "https://ninjago.fandom.com/wiki/User_talk:DarkHenrik?oldid=341790"
Community content is available under CC-BY-SA unless otherwise noted.