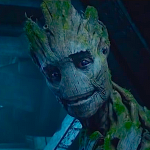 Hi, welcome to Ninjago Wiki! Thanks for your edit to the User blog:Starscream7 page.

The Corridor of Elders page was locked a while back due to several users making up false names for Ep 45. Now that the official title has been revealed, I have unlocked the page, as well as Chen's.

Thank you for your offer, but unfortunately the reason it has been so inactive is the lack of music provided by Jay. He lost the intern that was responsible for sending us stuff last summer and due to his incredibly busy schedule, he's only had the time to send us the few things we've put on the channel since then.

The page is unblocked now. Concerning the episode's name, the title card is the only thing that labels the episode "Curseworld" while everywhere else, iTunes, Cartoon Network, Google Play, etc label it as "Curse World." Given that more sources label it with it being two words and the fact that the title cards have been wrong before (Ep 31 was labeled just as "Digiverse"), "Curse World" is more likely the correct title.

Hello! I'm sorry you've been having trouble with this lately, but after looking further into the matter, I agree with Vec and Rajculad's decisions to remove the edits in question.

The majority of the trivia in the Curse World - Part II page was either speculative or unnecessary, and ended up cluttering the article and making it longer than it needed to be. You even agreed with Vec after the fact that the trivia didn't need to be there.

If you want to discuss theories, speculation, similarities between Ninjago and other series, or ways to construct character minifigures using other LEGO parts and sets, I encourage you to make a blog post or take it to the forum, as that's where that kind of information should go. Sorry for the inconvenience! SaltNPepper (talk) 00:56, September 14, 2015 (UTC)

1. It's close to impossible to detect sarcasm through written words over the internet, as it depends entirely on the tone of voice.

2. I really don't understand the point you were trying to make in the first place by "sarcastically" removing your own content. My point still stands on why the trivia should have been removed to begin with, regardless of how much effort might have been put into it.

3. If you're referring to the few bits of trivia that were left on the article after everything else was removed: they weren't cluttering the article and were, more or less, factual. I actually have some problems with the trivia still remaining, but I was not the one that decided which ones should be kept in the first place. I only agree with what was already removed.

4. I have not checked out what is on The Corridor of Elders, so I can't speak for the quality of content on that article. I only checked out these pages specifically because you brought them to my attention, and agreed with the other users that what you added to them wasn't necessary.

5. That's not the problem at all: after all, I read over everything you put into these pages and deemed them unfit for the articles, so it has absolutely nothing to do with just how long they are. But for your threat to purposely vandalize pages by removing content and "simplifying" them without consulting anyone else in your decision to do so, I'm afraid I'm going to have to ban you for a week. Maybe in that amount of time, you can think things through and come back with a clearer head, and you and I can discuss this more coolly. I hope you understand. SaltNPepper (talk) 02:46, September 14, 2015 (UTC)

Hi starscream7, you said that the Dan and Kevin Hageman confirmed that Shadow of Ronin is non-canon. when they said that?, do you have a link?

Sorry for the belated response! I had family visiting, so I was incredibly busy.

Anyway, I apologize if you feel that you've been disrespected here. That was never my intention, even with the undoing of your edits. I only banned you in hopes that in a weeks time, you could reflect on what happened and come back calmer so we can talk this through more clearly. I still respect you regardless of everything that's happened, as I do for most of our members - I don't hold grudges easily and am always willing to hear people out!

I understand why you made the edits you did, and I don't view them to be bad at all! It's just that, even though your trivia items may indeed have solid evidence to back it up, in the end it's still speculation and theory, which isn't allowed on our articles. I'll admit that occasionally our articles do indeed have theories, but we only have a small handful of staff here, so those trivia items have stayed mostly due to an oversight on our part. Any theories you may see anywhere else was left there by accident and was never meant to stay there. We're trying our best to make sure our articles are completely factual, and unfortunately the trivia that you were adding wasn't entirely factual, hence why they were undone.

I see your point with Rajculad, and I assure you I'll keep a thorough eye on him from now on. Should he display any more signs of excessively deleting content for no reason, I'll be sure to ban him for a little bit.

Also, I'm sorry if it seemed like I overreacted a bit to your response. It's just that, as I've stated before, it's difficult trying to figure out someone's tone over the internet, and with you "sarcastically" removing your own trivia items, it became hard for me to tell whether or not your words held a hidden message that indicated that you were threatening to vandalize the wiki.

I will unprotect Curse World - Part II and Elemental Masters, but please try to understand why we may undo your edits in the future should we deem them unfactual. SaltNPepper (talk) 00:02, October 1, 2015 (UTC)

why did you delete my edit on lloyd getting the sword of sanctuary in cursed world part two, change it back please.

Hello Starscream. I was just wondering if you could upload the soundtrack that was playing when Clancee was throwing up in episode 58? It was good pirate music

It's me OverlordRocks again. I was just wondering if you were planning on uploading some Skyboumd soundtracks or if the composers have emailed you anything,

Oh that would be great! At the moment I'm on vacation, but once I get home next week, we can discuss details and transfer the account over to you.

Back now, so would you care for me to email you the details or shall we meet up some time via the wiki's chat to transfer the account?

Hello, and thanks for letting me know. Although Vec already blocked him, I went ahead and undid his unnecessary edits not already fixed.

I noticed that in your first soundtrack video, (Always a Need for a Ninja) you used actual video instead of stills as you said you would. The reason I bring this up is that when we originally started posting soundtracks back in 2012, we used episode footage as well. However those all had to be taken down due to various copyright violations and replaced by the videos that are up there now (and that was only after days of correspondence between us, Jay, and one of LEGO's lawyers who permitted us to continue so long as we use stills from the episodes).

In any case, just letting you know why I insist you use stills, (though I too wish you could actual footage).

Hi! I noticed that you reverted my edits on Garmadon's page. Did I add something that was incorrect?

Ah, okay, that makes sense. I just figured that since they seem to be replacing the term as a whole, that it'd be best to retroactively replace it in the article. But unless he's mentioned again by that title, yeah, it makes sense to just leave it as is.

I have noticed that whenever you edit the Day of the Departed page, a large amount of coding is added to the bottom of the page such as here. Are you trying to add a template or something of that nature?

I noticed that you uploaded the Day of the Departed theme on your personal YouTube channel, not the wikis. Have you decided against using the wiki's channel? There's certainly nothing wrong with it, I was just curious if you still intend to use the wiki's channel for that type of thing.

You added the note that the voice actors for the Ninja in Season 8: Sons of Garmadon will not change, except for Lloyd's.  I don't doubt that this is true, but could you please give me your source?

If you want others to stop reverting your edits without reasons, then stop censoring all the kylos and rens. --Emperor Serpentine (talk) 18:53, December 17, 2017 (UTC)

I'm not sure; all I know is that the Sons of Garmadon are trying to get all three Oni Masks to revive Garmadon, and apparently they can create a passageway between realms, although how they're going to revive him in his "lord" form, I don't know.  That information was added by a different user, and I'm not sure from where he got it.  Either somehow the Cursed Realm isn't destroyed anymore (which I'm pretty sure it is destroyed), or somehow he's now in the Departed Realm.  I really don't know; we'll just have to wait and see.

I hope you have been doing well. Recently I have become Bureaucrat of the wiki and have been updating numerous things to make the wiki a better place for the future. As I’ve been looking over the wiki and seeing what we have to work with, I noticed the Ninjago Wiki TV Youtube channel. I’m not fully aware of the ownership situation with it, but the description states you operate it so I felt it would be good to reach out to you. I certainly do think that the Wiki’s Youtube is very important and I feel can help draw more people to the wiki. I am interested to see if there is a way that I (or we, but I don’t want to put any pressure on you) can revive this channel. It doesn’t seem to have been updated in a couple of years and I have some content ideas for it.

Please let me know what you think. Thanks.

Thanks for the response. I too am unsure why nobody reached out about it before, as its activity is pretty good. Certainly, it would be harder to upload music without as much less of it is being made available to release, however, I do think some music compilation videos (IE: Every Villian Theme) would do well. Another idea I have is readings of Wiki's articles (Ie: Season Summaries).

No rush, but I am curious to hear what you think of these ideas as I'd be interested in potentially working on some of them soon.

It's good to hear back from you. I don't want to put any pressure on you to make new videos if you are busy and I would be interested in making videos for it if that is alright with you.

Retrieved from "https://ninjago.fandom.com/wiki/User_talk:Starscream7?oldid=480418"
Community content is available under CC-BY-SA unless otherwise noted.